Google’s Daydream View virtual reality headset for smartphones began shipping this month, and one of the first apps available for the platform is a VR version of Google Street View. I found it kind of underwhelming.

But you know what looks pretty cool? Google Earth VR.

Google is launching a virtual reality version of its app that allows you to explore the globe using satellite photos and 3D imagery. Unfortunately Google Earth VR isn’t available for Daydream yet. At launch it will only work with an HTC Vive headset connected to a VR-ready PC. 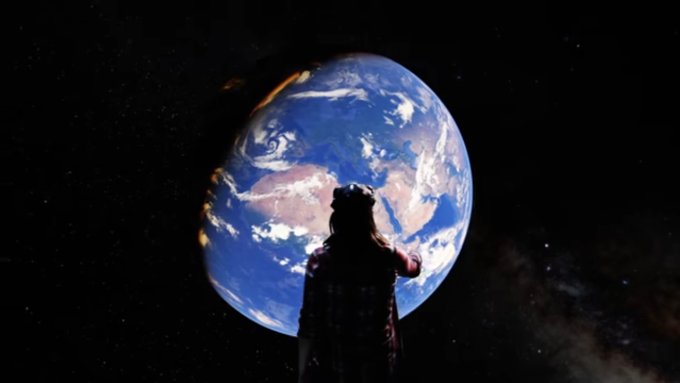 Google does say Earth VR will roll out for other platforms in the future, although it’s not clear if or when that will include smartphone-based VR systems such as Daydream or Samsung Gear VR.

I wouldn’t be surprise if Oculus Rift support is on the way though.

The demo video shows how you can use an HTC Vive controller to navigate through global scenery by pointing where you’d like to go. While you can explore at your own pace, Google does offer recommended destinations so you don’t keep randomly running into the same bits of ocean (the oceans do cover more than two thirds of the planet’s surface).