Google jumped into virtual reality in a low-cost, low-key way a few years ago when the company introduced Cardboard: a platform that literally let you put a smartphone into a cardboard headset to experience 360-degree videos and other basic VR content.

The company stepped things up a bit in 2016 with the launch of the Daydream platform featuring a higher quality headset, a motion controller, and minimum system requirements.

This year Lenovo and Google launched the first standalone Daydream headset that doesn’t require a phone at all, and which added support for position tracking.

Now Google has unveiled three experimental features for Daydream that could make the Lenovo Mirage Solo and similar devices feel more like true competitors to virtual reality devices from HTC and Oculus. 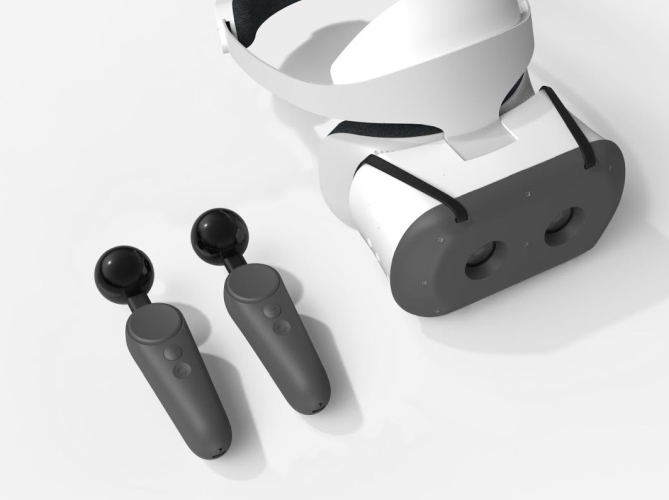 First up is support for a new set of 6 Degrees of Freedom (6DoF) motion controllers.

The Mirage Solo already supports 6DoF head-tracking, but the handheld controller that comes with the headset only features 3DoF position tracking.

Google has created experimental new 6DoF controllers that can track movement and position in space without relying on external cameras. The company says this can enable more natural hand movements when you’re interacting with VR apps.

Another new feature is support for using smartphone android apps in virtual reality. Up until now, if you wanted to use an Android app in a Daydream device, you needed to find apps that were designed for Daydream/Cardboard virtual reality systems.

This experimental new feature makes it possible to run 2D apps on a virtual screen that floats in your field of vision while wearing a headset.

Developers will still need to add Daydream VR support to their 2D apps before you can run them. But that should be a lot simpler than creating 3D versions of those apps, so the bar for entry is lower. That could dramatically increase the number of apps you can use while wearing a Daydream virtual reality device.

A new See-Through Mode lets use the Lenovo Mirage Solo’s cameras to see the real world without taking off your headset. 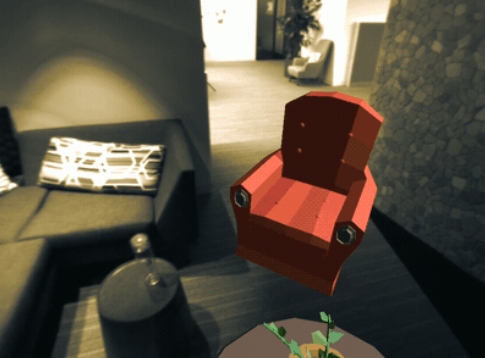 The feature could also be used for augmented reality apps, allowing you to overlay virtual objects on real-world environments. There are already a bunch of apps that let you do this using a smartphone’s camera and display. But the experience should be much more immersive when you’re wearing a VR headset.