Now the company has confirmed that Daydream VR software is no longer supported at all, and “may not work properly on some devices running Android 11 or later.” 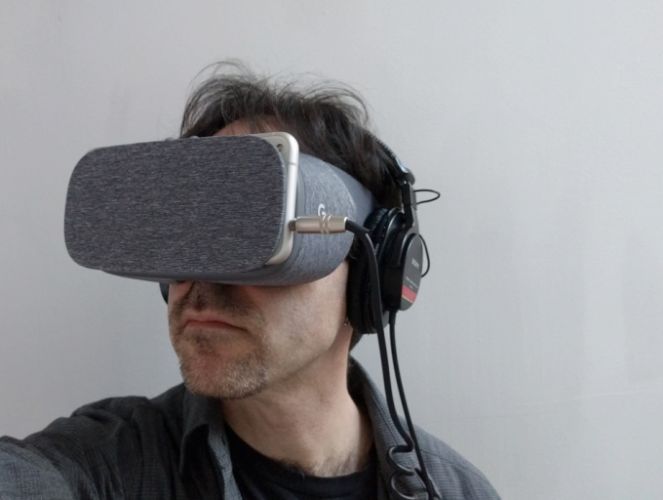 Google first introduced Daydream in mid-2016 as a platform that would allow you to place a supported smartphone in a headset and use it to display virtual reality content that you could interact with using a wireless touch controller. It was a step up from the simpler Google Cardboard experience the company had been supporting since 2014, which did not have controller support.

A Daydream View headset launched for $79 in October, 2016, making Daydream one of the cheapest, simplest ways to try out virtual reality… assuming you already had a supported smartphone.

A few years later Google expanded the platform to support standalone VR headsets, but I believe Lenovo was the only company ever to bring one to market, and it didn’t stick around long. And after adding support for a few new features in late 2018, Google pretty much stopped talking about Daydream.

None of this was happening in a vacuum. Around the time Lenovo was launching its Mirage Solo standalone VR headset for $400, Facebook was introducing the $199 Oculus Go that offered a lower barrier to entry, a name more closely associated with virtual reality, and no need to strap a phone to your head.

While Google has pulled back on Daydream, Facebook has forged ahead. Just last month the company introduced the $299 Oculus Quest 2 that can operate as a standalone VR headset or be used with a PC for more powerful virtual reality experiences, potentially making it the only headset you would need.

Google and its partners, meanwhile, appear to have given up the (day)dream of being relevant in the VR space.

If you already have a Daydream View headset and a compatible phone running a compatible version of Android, you will likely be able to continue using it for some time to come. Google notes that many third-party apps will continue to be available in the Google Play Store and will probably continue to function.

But if you have an older device that’s updated to Android 11, that could cause problems. And if you buy a new phone that ships with Android 11, don’t expect official Daydream support.