Google hasn’t exactly said how many people have ordered Chromecast devices since the $35 media streaming dongle launched Wednesday afternoon. But let’s put it this way. Amazon’s sold out. Google Play has pushed back its estimated ship date to mid August. And now the company is ending the promotion that would have provided users with 3 free months of access to Netflix. 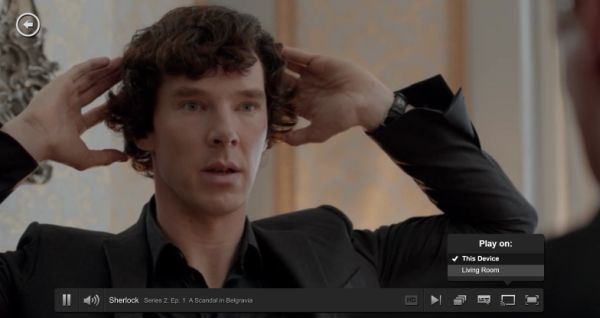 The decision to kill the Netflix promotion is “due to overwhelming demand,” according to a statement sent to the LA Times.

Netflix charges $7.99 per month for access to a huge library of movies and TV shows which you can stream over the internet. So the promotion was worth $24 — and that kind of brought the effective price of the Chromecast down to just $11, plus any taxes or shipping charges that might apply.

Unlike most promotions of this type, Netflix was offering those 3 free months to previous, new, and existing customers.

At this point it’s not clear how many people have gotten a chance to take advantage of the promotion, but all mention of it’s been removed from the Google website and chances are pretty good that if you order a Chromecast from here on out, you won’t get any free Netflix service.

It was nice while it lasted.

The Chromecast is still well worth the $35 asking price if you’re looking for a simple, inexpensive way to stream internet videos (and even local media from your PC) to a TV. But if you’re looking for a more versatile solution that can run a variety of apps and which doesn’t require you to use a phone, tablet, or PC as a remote control, it might be worth spending a few dollars more on a Roku, Apple TV, or an Android TV box. I’m not sure I’d really recommend a Google TV box at this point.