Google has announced that the latest Chromebooks will be available in 100 Best Buy locations around the US. UK retailer Dixons will also be offering Chromebooks.

This is the first time laptops running Chrome OS will be available in bricks and mortar stores. 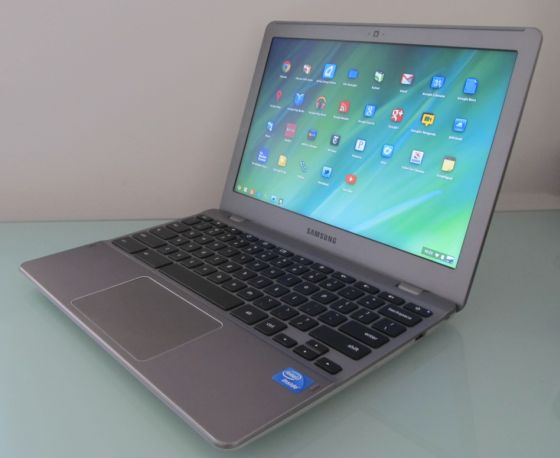 All three can run the latest versions of Google’s Chrome operating system, and each downloads updates automatically. But having recently reviewed the Samsung 550, it’s definitely the model I would recommend to anyone interested in buying a Chromebook today.

With twice the RAM and a faster processor than its predecessors, it feels like an amazingly fast computer — even though it still has a relatively slow Intel Celeron processor.

That’s because it has a speedy solid state disk and basically only has to run one app — the web browser.

With a starting price of $450, the Samsung Series 5 Chromebook 550 isn’t exactly the cheapest laptop around with a 12.1 inch display. And it can’t run Windows apps.

But it’s not really designed to replace a Windows laptop. It’s designed for people who spend 99 percent of their time on a computer in a web browser anyway, and don’t need to waste system resources on other software they don’t use.