It’s been two years since Google launched the Chromebook Pixel, a high-end laptop with a high-resolution display, a speedy processor, premium build quality, and a $1299 starting price. Now the company is getting ready to launch a second-generation model.

Details about the Chromebook Pixel 2 (or whatever it’s called) are pretty scarce at the moment, but just like the original it will be a limited edition, premium device aimed at developers. In other words, don’t expect it to be cheap.

Update: The 2nd-gen Chromebook Pixel is now available for $999 and up. It features Intel Broadwell processors, up to 16GB of RAM, and a USB Type C connector 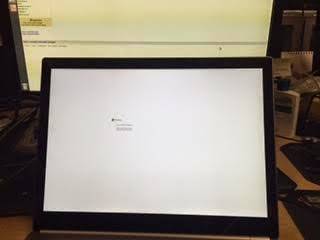 Google’s Renee Niemi confirmed that a new Pixel is on the way while speaking at a recent business event. She says it’s “coming out soon,” and that it’s a development platform and a proof of concept rather than a mass market machine like the low-cost Chrome OS notebooks produced by companies such as Acer, Asus, Dell, HP, Samsung, and Toshiba.

There’s reason to believe that the new Pixel is code-named Samus and rumors and leaks suggest it’ll look something like the original, but feature an Intel Core M Broadwell processor, USB 3.1 Type C reversible ports, and other new features.

We’ll probably have to wait for an official announcement before we know anything for certain about the specs, price, or release date. At this point, Google officials aren’t confirming anything other than the fact that a new Pixel exists.