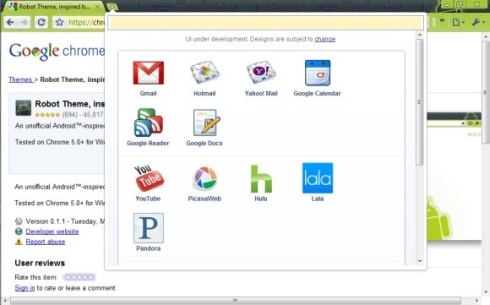 If you were expecting computer makers to start showing off netbooks and tablets running Google’s Chrome at Computex this week, it looks like you’ll have to wait a little longer. When Google first announced it was working on an operating system last year the company said it would be ready in the second half of 2010. Now, speaking at Computex, a top Googler says the oeprating system should be ready this fall.

Google Chrome OS is an operating system designed around a browser. Google is initially targeting the OS at netbooks, but has plans for tablets, desktops, and other computers in the future.

At its core, Chrome OS is a very light weight Linux distributions that’s designed to run one app — the Chrome web browser. Google wants all apps to be web apps, which means that while you might store data on your computer’s hard drive or SSD, most of your activities will take place online.

Google has also dropped hints that there will be some advanced caching functionality allowing you to perform some activities offline. It also has a built in media player for handling music and movie playback without an internet connection.

Chrome is being developed as an open source project, which means the project isn’t exactly veiled in secrecy. And while Google still needs a few months to finalize the project and start working with PC makers to get the OS preloaded on netbooks, there are folks who have been compiling pre-release builds and installing them for months. If you want to take one for a spin, you can try the Flow build by Hexxeh.

One reply on “Google Chrome OS to launch this fall”