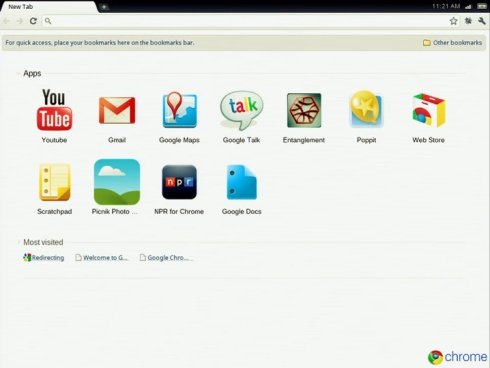 Google Android may be busy taking over the handset market and making a run for the tablet space. But it’s not the only mobile operating system Google is cooking up. The company has been working on Chrome OS, a Linux-based operating system based around the Google Chrome web browser since at least 2009. It’s just taking a little while for the OS to actually make it to market. Now DigiTimes reports that notebook makers plan to start shipping Chrome OS notebooks during the second half of the year.

Among the notebook makers expected to launch Chrome OS devices are Acer, Asus, Samsung, and Sony. DigiTimes reports the notebooks from these companies will come with 10 to 12 inch displays and they’ll either be powered by Intel or NVIDIA chips. Chrome OS can run on x86-based chips such as the Intel Atom line or ARM-based processors like NVIDIA’s Tegra 2 chip.

HP and Dell are also said to be looking at Chrome OS, although neither company has made any sort of commitment.

What’s interesting is that DigiTimes also suggests that at least some of the Chrome OS notebooks may be dual boot systems which can run Chrome as well as another operating system. Google has made it clear that it doesn’t see Chrome OS as a dual boot solution — but I think there are plenty of people who disagree. While a browser-based OS can boot quickly and provide a sort of security since much of your data is stored online and can’t be damaged if something happens to your computer, it’s not yet clear how big the market is for a notebook which doesn’t run any native apps at all. Being able to boot into Windows or Android as well as Chrome OS would be one way to address that concern.

4 replies on “Google Chrome OS notebooks coming in the second half of 2011?”