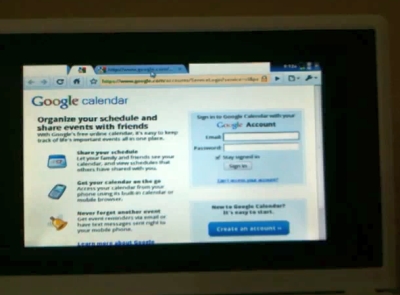 You would think that installing a zero cost operating system on a netbook would help keep the price low. But while there’s no licensing fee associated with Google’s upcoming Chrome OS, it turns out that netbooks running Chrome OS might actually be more expensive than the cheap, ubiquitous Windows netbooks flooding the market today.

That’s because Google has outlined firm hardware requirements for Chrome OS netbooks. While the company hasn’t publicly announced those requirements, we already know that Google expects Chrome OS netbooks to have “high resolution” displays and there’s a rumor going around that Google is working on its own netbook with a 64GB SSD and integrated 3G modem. And that kind of hardware doesn’t come cheap. And it’s possible those hardware requirements could drive up the cost of these netbooks to the point where it’s actually cheaper to get a Windows netbook — which is capable of running thousands of apps that won’t run on Chrome OS, and all the web-based apps that will be included in Chrome.

Of course, it’s possible that Google has a few tricks up its sleeve. PC makers could partner with wireless broadband providers to subsidize the up front costs of Chrome OS netbooks so that they’re as cheap or cheaper than Windows mini-laptops with WiFi only. And while you’ll never be able to run Microsoft Office on a Chrome OS netbook, odds are that you will be able to synchronize your bookmarks, history, passwords, and other settings between the Chrome browser on your desktop and your Chrome OS netbook which could make for a more seamless computing experience. But how much are you willing to pay for a feature like that?

On the other hand, people are running pre-release versions of Chrome OS on netbooks today. While Google may want to set a high bar for hardware requirements, it’s clear that the OS is capable of running on a standard netbook with a 1024 x 600 pixel or lower resolution display and an Intel Atom N270 processor. So if price becomes an issue, there’s nothing stopping Google or PC makers from lowering the bar a bit.