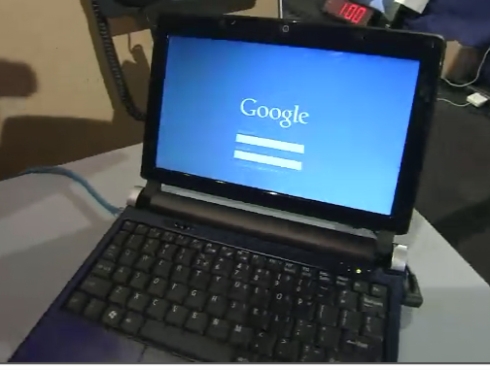 There’s a rumor going around that Google isn’t just developing an operating system for netbooks (which we already know is true), but that company is also in the process of developing an actual netbook. While Google isn’t exactly known as a hardware maker, this rumor falls into the plausible category, since Google is also widely reported to be developing a cellphone running Android OS. And as Apple has demonstrated time and again, if you want your operating system to run smoothly on hardware, your best option is to design the hardware.

This weekend the rumors got a little more interesting as British site IB Times listed the rumored specs of the upcoming Google netbook:

IB Times also says the netbook could be subsidized by wireless carriers and sell for under $300.

All told, it sounds like one heck of a machine. And to be honest, I’d say it’s far more powerful a device than you need for running web-apps alone. Then again, anyone who has spent some time watching movies, editing documents, and performing other tasks in a web browser can tell you that more RAM and memory is always better than less. But I wouldn’t be surprised if people picked up this netbook in hopes of hacking it to run a different flavor or Linux or of tweaking the open source Chrome operating system to run native apps instead of the web-only apps Google plans to offer.

When Google officials introduced the operating system recently, they stated that netbooks designed to run Chrome OS would be larger than today’s netbooks and have full sized keyboards. At the time, I figured this meant the netbooks would have screens larger than 10 inches, but it’s possible that Google reps, like a lot of other people, still think of netbooks as 7 to 9 inch devices with cramped keyboards even though the vast majority of mini-laptops released in the last two years are much larger and more comfortable to type on. Anyway, if the rumored specs are true, the Google netbook will have a 10 inch screen and likely won’t be much larger than the average netbook on the market today.

Of course, we’re still dealing with rumors and speculation here, so please pass the salt and I’ll take a grain. I suggest you do the same.