The Google Cast protocol lets you stream content from a smartphone, tablet, or computer to a TV. Now Google has launched a special version of Cast designed for use in classrooms.

It’s called Google Cast for Education, and it’s a Chrome web app that lets students and teachers beam content to a central display to share their work with the whole class.

Google Cast for Education is one of several new tools for educators that Google is announcing. 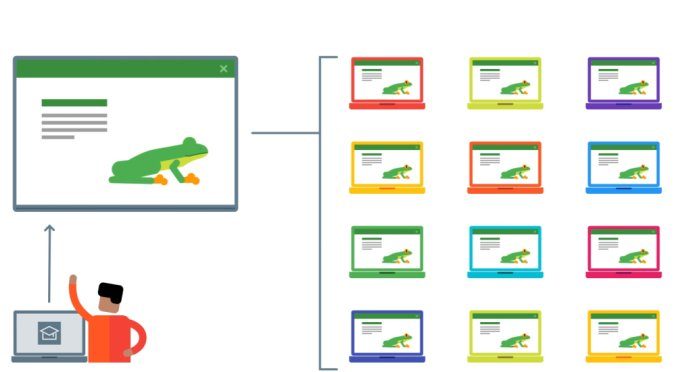 Here’s how it works: a teacher connects their computer to a projector or other display and fires up the Cast for Education app. Then students in the classroom can beam content to that display from their computers… but since everything goes through the teacher’s computer, there’s no need to buy any new hardware (like a Chromecast or Android TV device).

The app is free… but it’s designed for use with Google Apps for Education, so you won’t be able to do much with it unless you’ve got an Education account.

Google is launching a beta version of Cast for Education, and says it’ll work with an upcoming version of the Google Cast extension for Chrome OS or Chrome for PC (but casting from Android and iOS is not currently supported).

Other new education-oriented tools from Google include a new Expeditions app for exploring places around the world without leaving your classroom, support for Quizzes in Google Forms, and a collection of new Chrome apps.