Chat apps like WhatsApp, WeChat, Hangouts, and iMessage have largely replaced old-fashioned SMS text messaging for many users. But Google figures there’s still life in SMS… especially if it can gain some of the features that make those other services attractive.

So Google has announced that the latest version of its Messenger app for Android supports Rich Communications Services (RCS), which brings things like group chat and read receipts to SMS.

There’s just one catch: right now it only works with a single wireless carrier: Sprint. 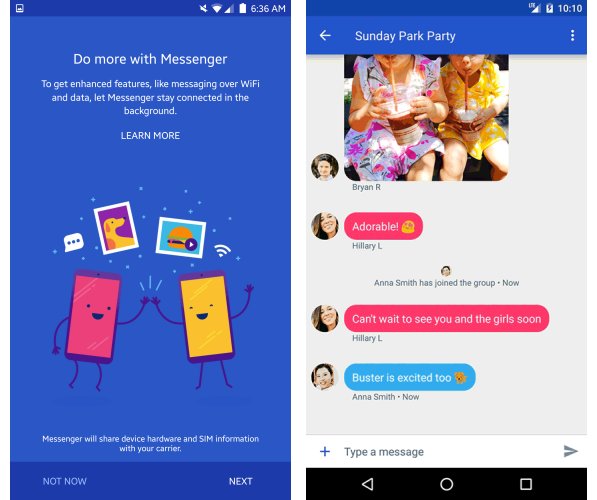 Google says it’s working with global wireless carriers and hopes to announce additional partnerships in the coming months. But for now, only Sprint customers get the new features.

At launch, Sprint subscribers with “select LG and Nexus phones” get the update automatically. If you don’t have a phone with the Messenger app pre-installed, you can download it from the Play Store to start using RCS.

Google says all phones sold by Sprint starting in 2017 will have Messenger as the default SMS app, which means RCS will be enabled by default.

Update: Sprint isn’t actually the only carrier to support RCS… it’s just the only company to support Google’s version of it. As Android Police points out, both T-Mobile and AT&T already offer some form of RCS, but messages sent on one network aren’t necessarily compatible with phones on a different network.

Theoretically, any company that adopts the protocol Google and Sprint are using would also be adopting interoperability… but given that competing carriers are currently using their own versions of RCS, it’s unclear if that will happen anytime soon.