There are a handful of Chromebooks with touchscreen displays and at least one model that you can even use as a tablet. So it’s no surprise that Google’s Chrome Operating system now features an on-screen keyboard for the times when you might not want to use a physical keyboard. 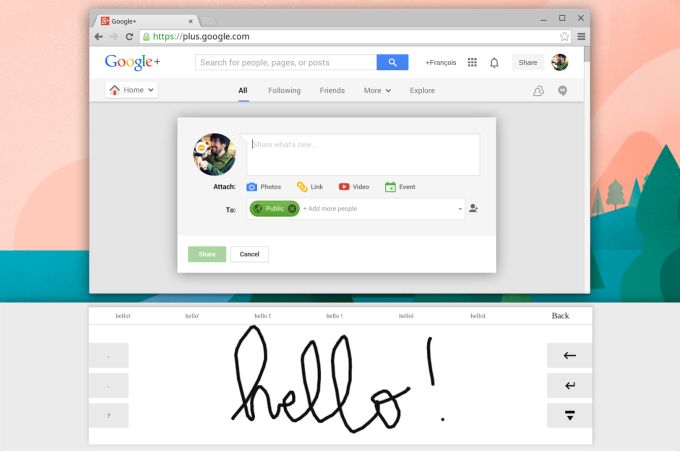 The feature’s kind of limited at the moment. You’ll need to be on the Chrome OS Dev Channel to use handwriting for text input. That means you’ll have early access to new features like this, but you may also have to deal with some bugs that haven’t yet been squashed.

You’ll also need to have an active internet connection. Handwriting recognition is an experimental feature that relies on the Google Input Tools API so it won’t work when you’re offline.

If you’ve got a Chrome OS device that meets those requirements, just pull up the on-screen keyboard, tap the ⋮key and choose handwriting mode from the input options.

Could this be a sign that more Chrome OS tablets are on the way? Perhaps. Or maybe it’s just an effort to offer more features for 2-in-1 devices like the Lenovo Thinkpad 11e Chromebook.