Google is expanding its “Auto Awesome” enhancements for media uploaded to your Google+ account. Earlier this year the company started offering the ability to automatically enhanced your photos by making adjustments to improve bad shots or make good shots even better (in some cases), while sometimes even creating animated GIFs out of a series of shots.

Now Google is also offering Auto Awesome Movie which can automatically edit together photo and video clips, select the best action and cut the rest, and add a soundtrack — without any user intervention at all.

Auto Awesome Movie will be available in Google+ for certain devices running Android 4.3 and later. 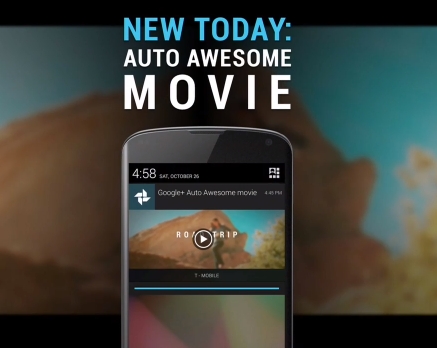 Folks who want a little more control will be able to perform some manual edits, but the process is much simpler than it would be using a traditional video editing app.

Here’s the idea: You upload a bunch of photos and videos to you Google+ account and Google will automatically detect when related content is available. When possible, it’ll grab a bunch of those items and automatically create a sort of highlight video and set it to music — the scene changes will even match the soundtrack.

You’ll occasionally get an email from Google letting you know that a video is ready, and that’s about all there is to it.

If you want to edit a video you can swipe across the screen while it plays to change the style and add visual filters and effects. Or you can change the length of the movie or bring up a timeline view and discard scenes or expand or shrink a scene by dragging on the edges. 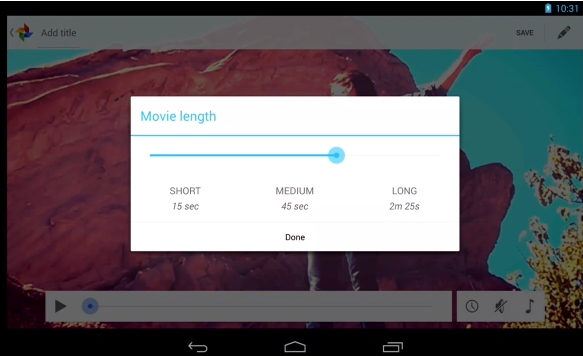 You can also create a video manually by selecting content you want to include and choosing from dozens of available music tracks.

Auto Awesome movies aren’t going to replace professionally produced and edited videos anytime soon. But if you shoot a lot of video on your phone, but never get around to editing it, this could make your content a lot more accessible.