Once upon a time, before Google Assistant was a thing, Google’s Android operating system had an often-misunderstood feature called Google Now. It wasn’t really a voice assistant like Siri, Alexa, or Cortana… but it did use information Google knew about you to suggest information you might want before you asked for it.

Google Now could give you an alert when it was time to leave for work, complete with up-to-date traffic info. It could provide sports scores for your favorite teams. And it would let you know about stocks in your portfolio, movie showtimes at nearby theaters, and more.

You could use your voice to add appointments to your calendar or do a few other things, but Google Now’s primary interface was a set of information cards that showed up in the Google app and/or your phone or tablet’s launcher.

When Google eventually phased out Google Now in favor of Google Assistant, those cards went away. Now they’re back. Sort of. 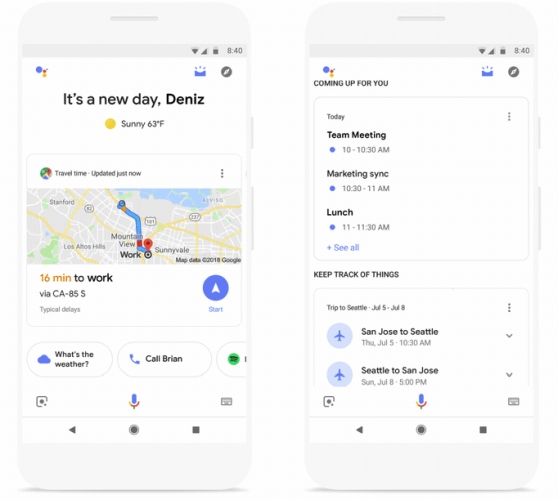 Google is bringing a new feature to Google Assistant this week that the company calls “visual snapshot.” It can display “helpful information based on the time of day, location, and your recent interactions with the Assistant.”

Visual snapshot should roll out to Google Assistant for Android and iOS this week. Google says it’s also working on bringing additional features including support for info from third-party apps such as Any.do and Todoist.