Google is kicking off its annual developer conference by talking up several changes rolling out soon to Google Assistant.

The company says its voice assistant service is now available on 500 million devices and by the end of the year it will support 30 different languages in 80 countries.

Google says most people interact with Assistant by voice, and when it first launched it had a single voice called “Holly.” Soon users will be able to choose from 6 different voices… and Google’s Wavenet technology reduces the amount of time a voice artist has to spend in the studio to record their voice, which opens the door for celebrity voices. One of the first celebrities to lend a voice will be John Legend. 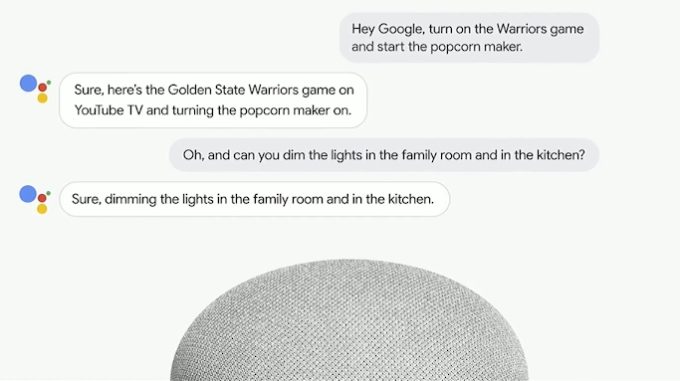 Other new features coming to Assistant include “Continued Conversation,” which will be available as an option in the coming weeks. It lets you follow-up an initial “hey Google” request with additional questions or commands without saying “hey Google” every time.

Another is called “Multiple Actions,” and it lets you ask several things at once. For example, you can ask for the whether and ask your Google Home to adjust the lights or temperature at the same time.

Put the two new features together and you can ask multi-part questions, one after another without repeating the keyword every time.

Google is also adding visual features ahead of the rollout of the first Google Assistant-enabled smart displays, which were announced at CES, and which will start shipping in July. Some of the first will come from JBL, Lenovo, and LG. 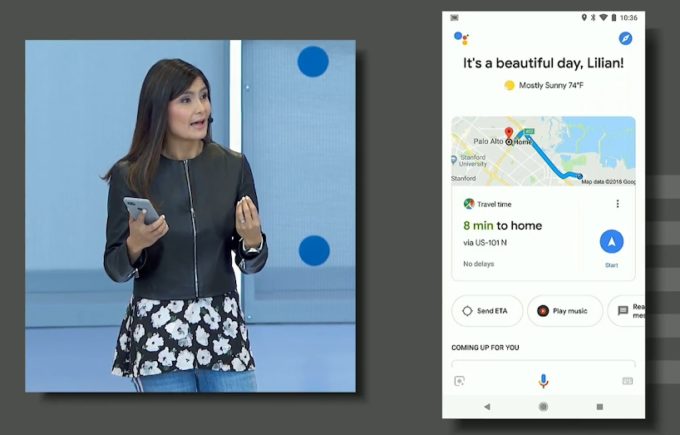 Assistant for phones also now support new visual and interactive features. You can swipe up to see an overview of your day including traffic, weather, and reminders, among other things. And if you ask certain actions, you’ll be able to interact with your phone’s display. For example, you can ask to adjust the temperature on your smart thermostat, and you’ll get a slider that lets you adjust the temperature with precision.

Google Assistant is also coming to navigation in Google Maps this summer.

Google also showed a ridiculously natural-sounding phone call where Google Assistant called a hair salon to schedule an appointment for its “client” on your behalf. The voice sounded so natural that the person on the other end of the phone would probably have no idea they were talking to a machine unless something went wrong. 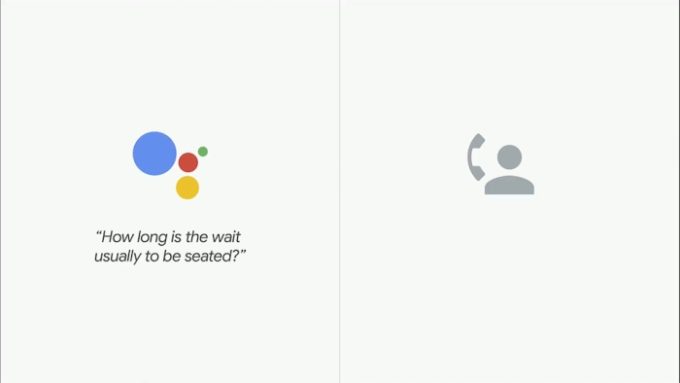 Another example involved calling a restaurant to make a reservation, discovering that the establishment doesn’t take reservations for parties smaller than 5 people, and asked what the typical wait time would be. The feature isn’t ready to roll out to everyone yet, but Google says it start using similar technology soon to call businesses and ask about things like holiday hours, allowing Google to update its listings with special hours.