Google Assistant got its start in the Allo chat app in 2016 before rolling out to Pixel Phones, Google Home speakers, and eventually a wider range of phones, speakers, and other devices.

At the Consumer Electroncis Show in January Google announced that it was working with 3rd-party device makers including JBL, Lenovo, LG, and Sony to launch smart speakers/displays powered by Google Assistant.

Now, ahead of Mobile World Congress, Google is expanding the scope of Assistant in several key ways. 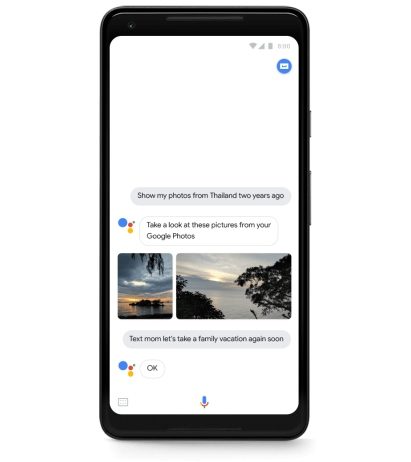 The company plans to support 30 different language by the end of the year, up from the 8 languages that are currently supported. Multilingual support is also coming soon for English, French, and German speakers, with support for additional languages coming in the future.

Google is also launching an “Assistant Mobile OEM program” which will help device makers enable hardware-based features so that you can do things like interact with Assistant by using an “OK Google” voice command when the screen is off.

Google says its working with LG, Sony, and Xiaomi on custom solutions that use a hardware-based chip to enable similar functionality as well as “other custom integrations.” In other words, you might eventually be able do more than just wake your phone and start a command when the screen is off. You may be able to do things like open a specific app or feature with a single command rather than by doing one thing at a time.

According to The Verge, some of the first features in this category will be camera-related, but that’s just the start. Eventually we could see additional functionality.

Google is also working with some phone carriers to let you do things like check your data usage by voice, add new services to your plan, or get customer support. Sprint, Telus, Vodafone, and Koodo are the first to support Google Assistant integration.