Google Assistant is finally going to be widely available. The software lets you interact with Google apps and services using natural language. But up until recently it’s only been available in a few ways: through the Google Allo chat app, on Google Pixel smartphones, and via the Google Home smart speaker.

Now Google says Assistant is going to start rolling out to all phones running Android 6.0 or later, starting this week… in select countries. 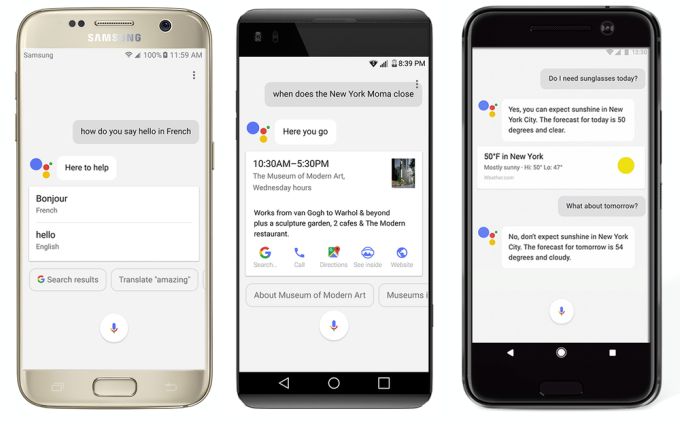 Google Assistant will be available in the US first, followed by English and German-speaking countries including Germany, Canada, the UK and Australia.

The update will be delivered through Google Play Services, which means that you won’t get the update unless you have a phone with the Google Play Store and other Google apps and services… but that covers most Android phones sold in the West.

Having played with Google Assistant a bit when reviewing the Google Pixel XL, the feature doesn’t actually feel that different than the old “OK Google” voice service. But Assistant is certainly the future of Google’s natural language/personal assistant software and the company keeps adding features, like the ability to buy things through Assistant. Developers can also tie third-party services to Google Assistant.

So it’s nice to see the feature becoming available on more devices.