Smart speakers are everywhere at the Consumer Electronics Show… but they don’t all look like speakers.

Google has announced that its Google Assistant voice service is now a voice-and-visual service and companies including Lenovo, LG, JBL, and Sony are introducing “smart displays” with Google Assistant integration.

They’re basically smart speakers that respond to voice commands, but which can also play videos, display visual cards for things like traffic and weather updates, and respond to touch commands.

In other words, they’re like the Amazon Echo Show… but with Google Assistant instead of Alexa. 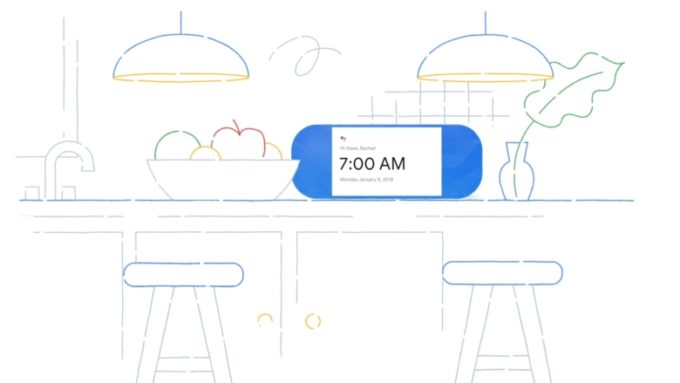 Other features include support for video calls using Google Duo, support for showing pictures from Google Photos, and… YouTube. That seems obvious, but it’s also noteworthy since Google and Amazon have been in a spat over Google’s decision to block the Echo Show (and Fire TV) from accessing YouTube.

This isn’t the first time Google Assistant has had a visual component. It initially rolled out as a feature for the Google Allo chat app on smartphones before it was available as a voice assistant. Google Assistant is also available on some Android TV devices including the NVIDIA Shield TV, and Google says it’s coming to more Android TV devices through software updates set to roll out this year.

The company has also announced that new headphones from Jaybird, JBL, LG, and Sony that are optimized for Google Assistant will roll out this year, and Google Assistant is also coming to Android Auto for hands-free use in the car.

One thing we haven’t seen announced this week? The long-rumored Google Home speaker with a built-in display. So far Google has only announced that Assistant is coming to third-party hardware. Does that mean there isn’t a Google-built device in the works? Not necessarily. Google might just be waiting to introduce it later this year (maybe at Google I/O?).

Or maybe the rumors got their wires crossed. It looks like it’s true that Google Assistant hardware with displays were in the works, and it’s likely that Google was testing some of that hardware in house. It’s just not clear if Lenovo built and/or planned to sell its own hardware in this category.

I also wouldn’t be surprised if Google was working on a reference platform, because the company says three of the four smart displays announced today (the JBL, Lenovo, and LG models) feature Qualcomm SD624 Home Hub chips. The Sony model is coming later this year and it will be powered by a MediaTek MT8173 system-on-a-module.