Google is updating its augmented reality API by offering the ability for placing apps on vertical surfaces (like placing virtual artwork on a textured wall), and new tools for developers.

But possibly the coolest new feature in ARCore 1.2 is one that makes it possible for multiple people to interact with the same augmented reality experience… using different devices.

And by different devices, I don’t just mean two different Android phones. Google says iOS will be supported as well. 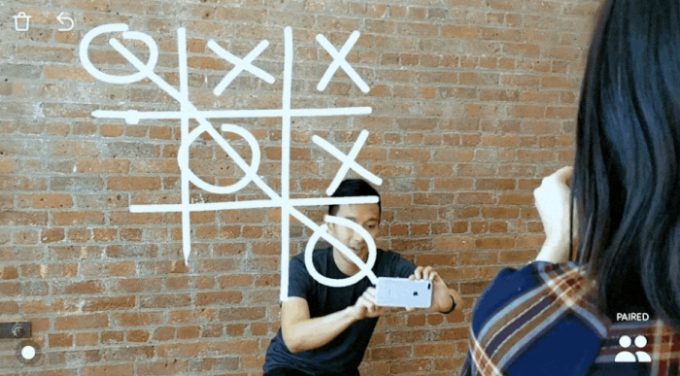 Here’s how it works: there’s a new feature called “Cloud Anchors” that basically hooks an AR feature to a specific space and shares that data over the internet.

As an example, Google shows two people playing a game of tic tac toe in the air by viewing the board on their phone displays and drawing X and O arks by drawing on their phone screens or moving their phones in space.

But that example isn’t even an app that was originally designed to be a game. It’s an updated version of Google’s Just A Line app that already lets you draw over real-world settings.

Google says an updated version featuring Cloud Anchor support will be available “in the coming weeks.”