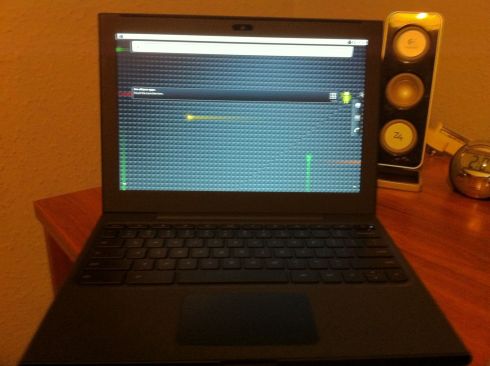 Not impressed with Google Chrome OS? Not to worry. It looks like you can install Android on Google’s Cr-48 notebook. You know, the one that comes preloaded with Chrome.

Photographic evidence comes to us from Hexxeh, the same guy who released a tool making it easier to install Windows, OS X, or other operating systems the other day.

While Google Chrome OS is basically nothing but a web browser, Android has a web browser and the ability to download and install third party apps. It’s a lot more useful if you happen to want to use your computer when there’s no internet connection available.

Hexxeh hasn’t posted any details about which version of Android he’s running or what steps he took to install it. But based on the Live Wallpaper on the desktop, I’d say this is at least Android 2.1, if not a newer version such as Froyo or Gingerbread.