Google’s next major version of Android won’t roll out to phones, tablets, and other devices until this fall. But you can start tinkering with the Android L Developer Preview today.

The software developer kit is now available for download through the Android SDK Manager. And you can grab the factory images of Android L for the Google Nexus 5 and Google Nexus 7 2013 from Google’s developer preview site. 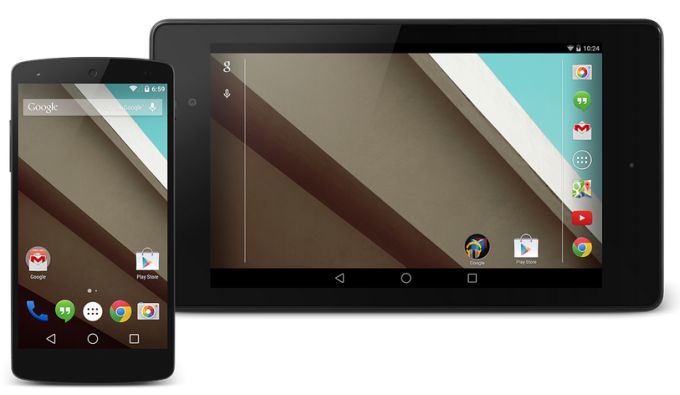 This is the first time Google has released a developer preview. Usually the Android team works on new versions of the operating system in private and only releases the SDK and source code after a new build of Android is ready for the public.

But Android L will have some pretty major changes including an entirely new design language called Material design. By releasing a preview several months before launch, Google gives app developers, phone makers, wireless carriers, and others more time to get ready for the public release.

Google won’t be rolling out an over-the-air Android L update to Nexus or Google Play Store Edition phones until later this year… but now that factory images for the Nexus 5 and Nexus 7 are available it probably won’t take long until we start to see custom ROMs based on Android L. Just proceed with caution before installing them (or making the extra effort to install the factory images directly on your device). Since this is a preview release there’s a chance you could run into bugs, compatibility issues, or other problems.

The Android L Developer Preview SDK includes notes for folks creating apps that can run on Android TV as well as guidelines for using the new Material Design, the updates Notification system, and more.

Google has also released the final SDK for its Android Wear platform for smartwatches.