Google is now shipping the first devices to run Android 5.0 Lollipop. The Nexus 6 smartphone, Nexus 9 tablet, and Nexus Player TV box all run a version of Google’s latest software, and the company will soon start rolling out Android 5.0 to users of other recent devices including the Nexus 4 and 5 phones and Nexus 7 tablet. 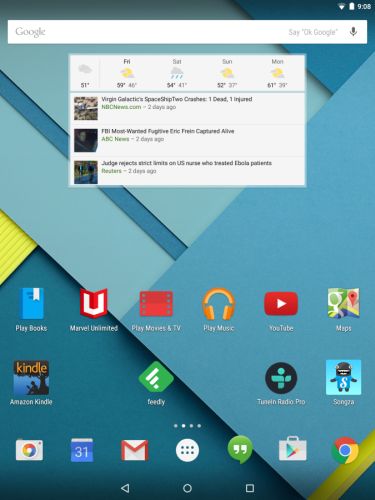 Soon we’ll start to see phones and tablets from Sony, HTC, Samsung, and other companies running Android 5.0 as well.

So now’s as good a time as any to take a look at what makes Android 5.0 tick.

Most of the screenshots included in this article were grabbed from a Google Nexus 9 running Android 5.0.

The first thing you’ll notice about Android 5.0 is that Google has given its mobile operating system a fresh coat of paint. Apps, settings menus, the quick settings panel, and just about every other major element of the operating system feature a heavy dose of something Google calls Material Design. 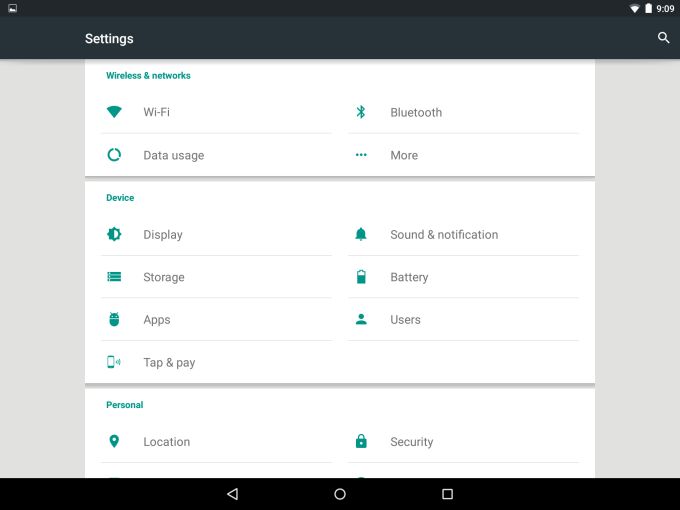 There’s an emphasis on bold colors, big, touch-friendly graphics, light and shadows, and nearly tactile motions. Sliding open a settings menu, or switching from one photo to the next in a slideshow, for example, is meant to feel a bit like sliding one piece of paper over another.

Even the Recents menu takes is design cues from physical materials: instead of displaying a few icons for recently open apps side-by-side, Android 5.0 shows what looks a bit like a stack of cards that you can flip through. 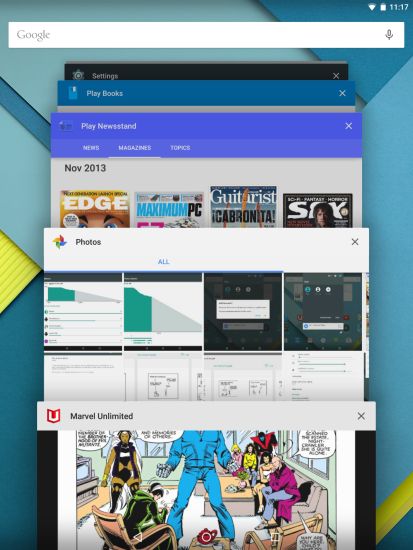 Probably the best thing about Material design is that it’s everywhere: Earlier versions of Android sometimes felt like a few different operating systems tacked together. 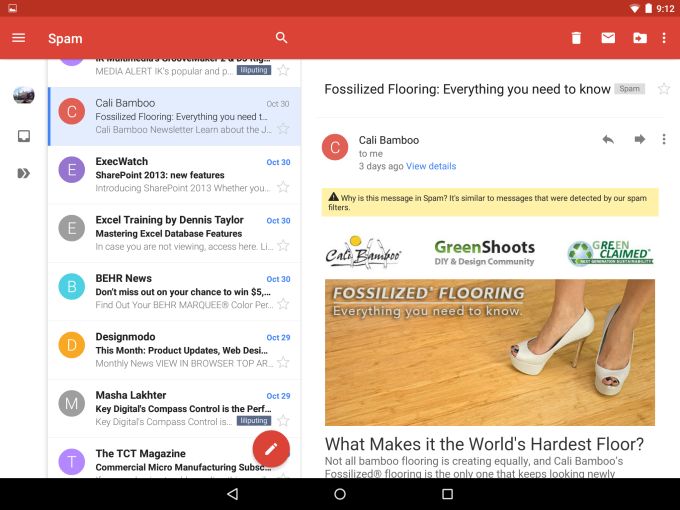 That started to change with Android 4.0 and later, and at this point Android has a pretty cohesive look and feel whether you’re adjusting the volume, checking the remaining battery percentage, searching the web, or checking the time.

Google has also updated its core apps with Material Design and other improvements. Some of the biggest changes have come to the Google Calendar and Gmail apps. 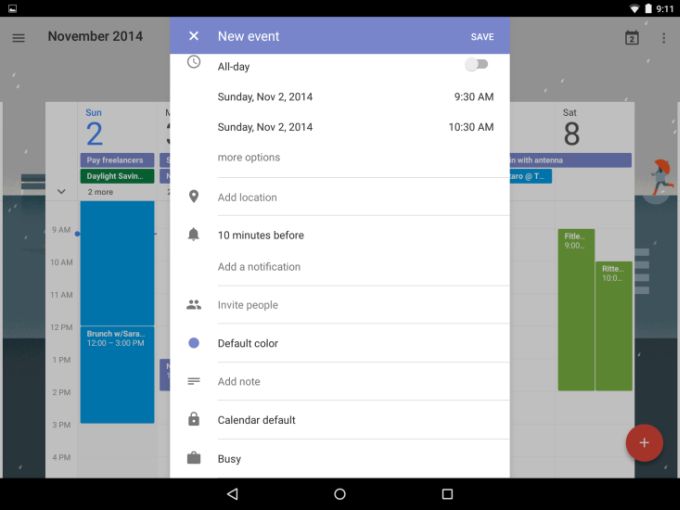 The Calendar app has received a pretty major update, with a new “Schedule” view replacing Agenda, inclusion of photos and maps in the calendar, suggestions for titles, contacts, and places that appear as you type, and integration with Gmail so that new appointments can automatically be added from email messages. 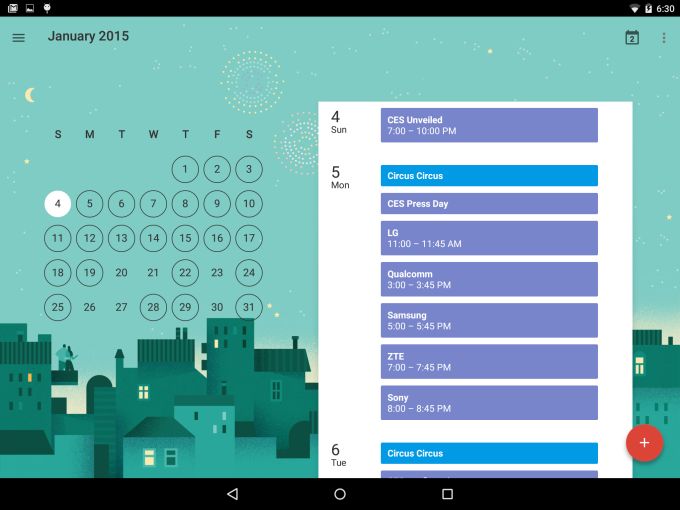 When you’re using a smartphone you can view your schedule, a single-day view, or a 5-day view. Tablet users also get a choice of schedule, day, week, and month views. 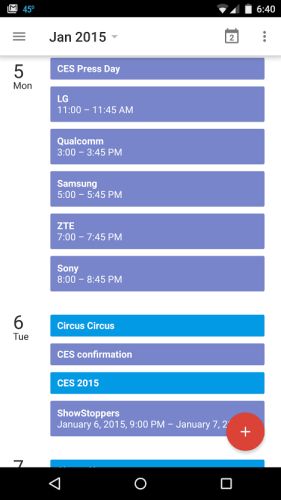 But the tablet version of Google Calendar for Android is actually a pretty versatile and useful app. If the smartphone version had better month and week views, I’d consider making the switch. 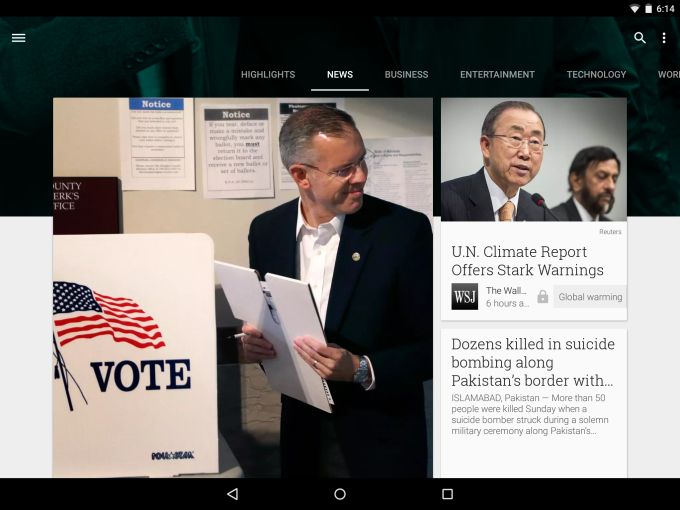 Google’s also updated the keyboard in Android 5.0, giving it a much flatter design. It’s a bit of an acquired taste: there are no clear markers separating the keys, but I find it pretty easy to type on the keyboard on both the Nexus 6 smartphone and Nexus 9 tablet. If you’re not a fan of two-finger typing, you can also slide your finger from one letter to the next for gesture-based typing.

By default, the keyboard has a white background and dark letters. But you can change to a dark theme in the Language & Input settings.

There’s also an option to go back tot he Android 4.x style “Holo” keyboard if you’d rather have distinct keys for each character.

Some third party app developers have also started to adopt Material design elements, but don’t expect every app to look like a Google app just because it’s running on Android 5.0.

That brings us to another interesting thing about Android 5.0… at least on the latest Nexus devices. Google seems to be dropping some of the Android Open Source Project (AOSP) apps and instead pushing its own proprietary apps. 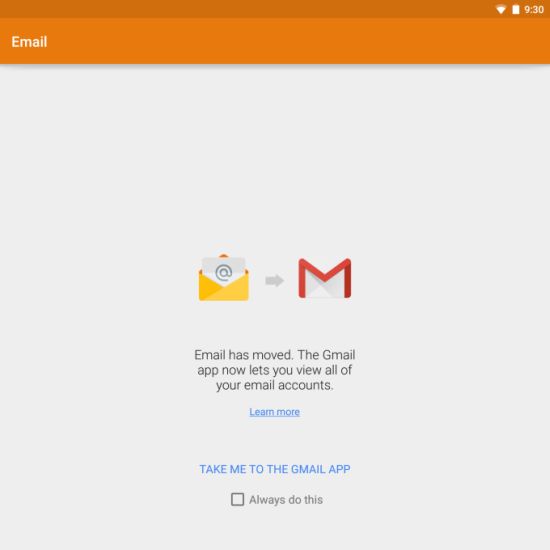 There’s no Gallery app on the Nexus 9, for instance. Just the more recent (and closed-source) Photos app. And while there’s an icon for an Email app, when you open it you’re told that the Gmail app now has the functionality of the old Email app.

You can use Gmail to add Exchange accounts, for example. 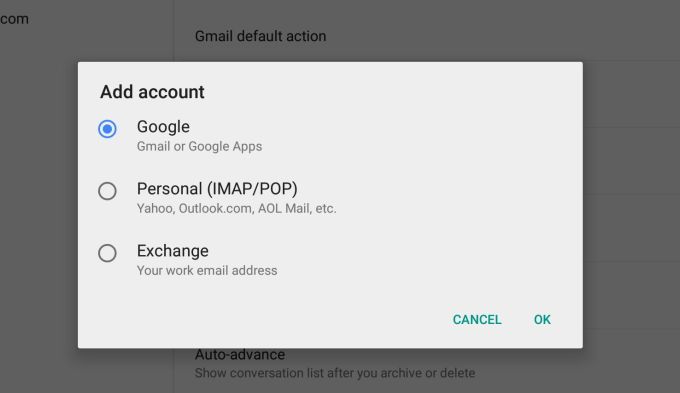 This move is probably a good thing for most users: you only need one email app or photo gallery app on your phone, not two. But while Google has released the source code for most versions of Android, the operating system is developed behind closed doors and now even when it is released a growing number of the apps Google bundles with the operating system it provides to phone and tablet makers are closed source.

No wonder the open source enthusiasts at Mozilla, Jolla, and Canonical have been working on their own alternatives such as Firefox OS, Sailfish, and Ubuntu Touch.

Pull down from the top of the screen and you’ll see notifications for recent email or text messages, phone calls, or alerts from other apps. 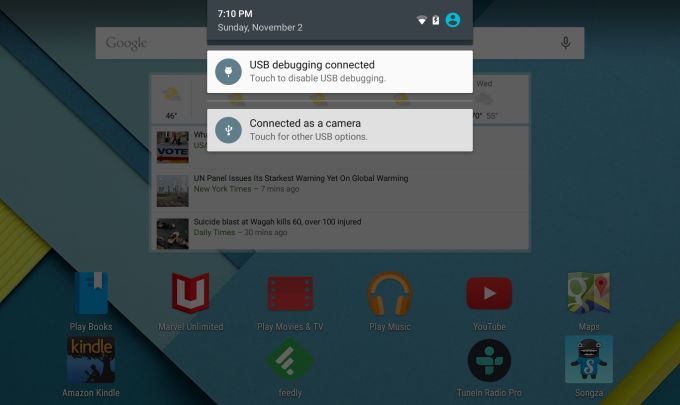 Pull down again and you’ll see a Quick Settings panel which lets you adjust screen brigthness, toggle wireless settings, quickly turn on the LED flash for your camera and use it as a flashlight, or perform a few other actions. 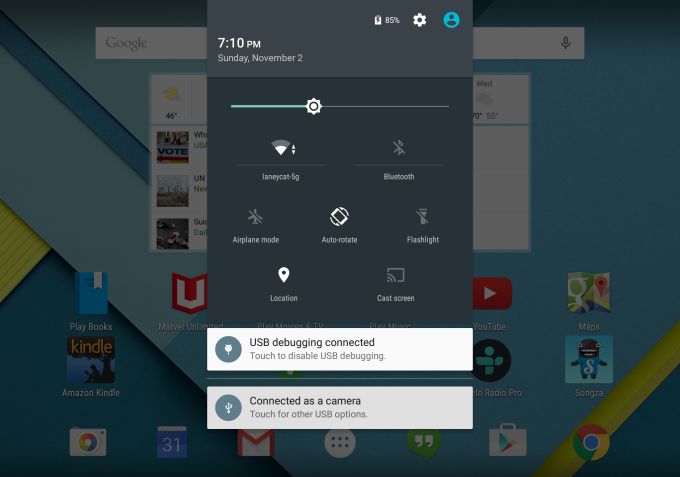 That second swipe will also reveal an icon you can tap to go to the full Android Settings menu and it’ll change the battery indicator from a simple icon to an icon with a percentage written next to it.

Don’t want to use 2 swipes? You can also use a two-finger swipe from the top of the screen to jump straight to the Quick Settings view.

You’ll also find a User icon at the top of the screen. Tap it and you can add a user or create a guest profile. This lets another person use your phone or tablet without having access to your apps or settings. 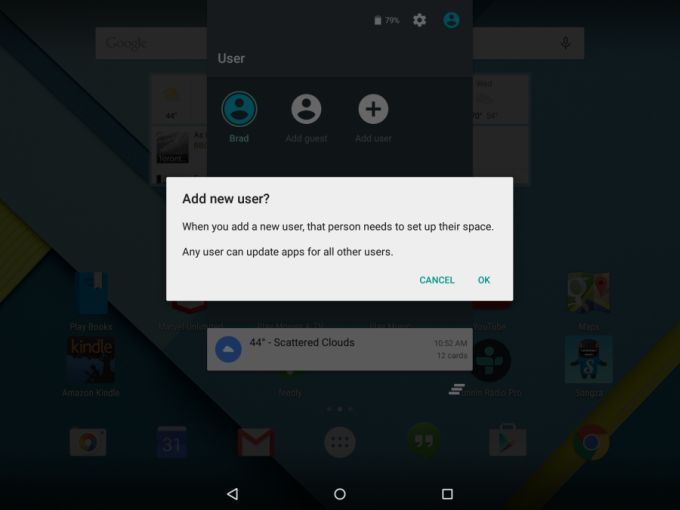 Instead they’ll have their own profile — and in the case of a Guest profile it can either be a temporary profile or a semi-permanent one. Each time you switch to the guest profile you have an option to “start over” or continue from the last session.

Hit the volume key on your phone o tablet and in addition to a volume dial you’ll see “all,” “priority,” and “none” buttons.

Tap these to decide which notifications will appear. 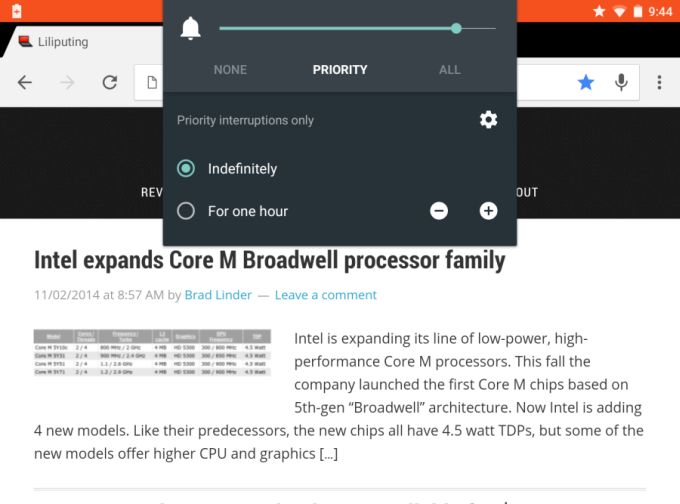 You can also opt to display notifications on your lock screen — but there’s an option to “hide sensitive notification content” from that display. 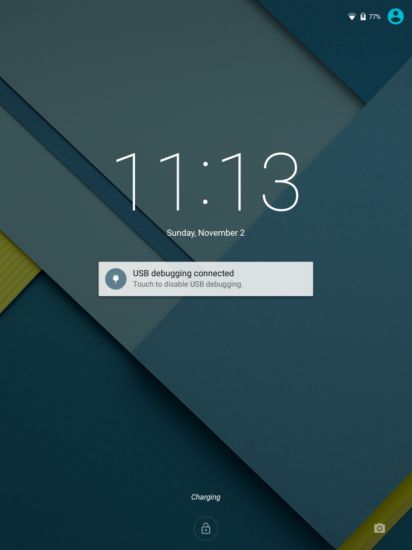 For instance, the battery settings menu will now show you an estimate of how many more hours you can go before recharging your device. 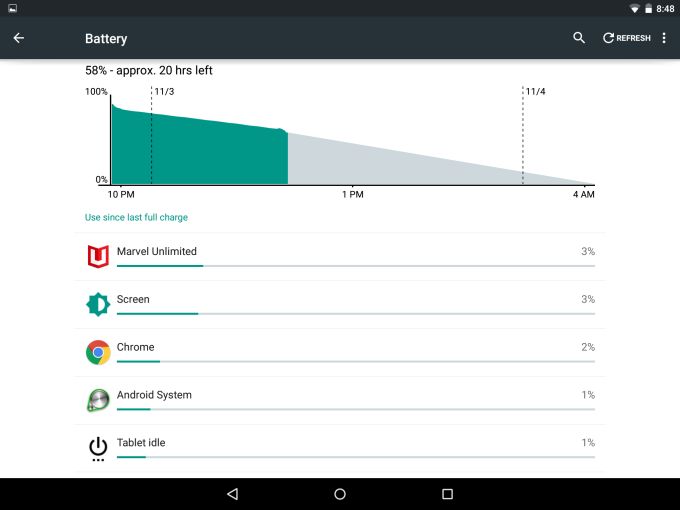 This is clearly a moving target which will vary depending on what it is you’re trying to do with your tablet. You can get a lot more run time by listening to music with the screen off than you can while streaming internet videos or playing games.

But it’s nice to have a rough estimate based on your use patterns.

Google also now provides an estimate of how much time it’ll take to charge your device when it’s plugged in. 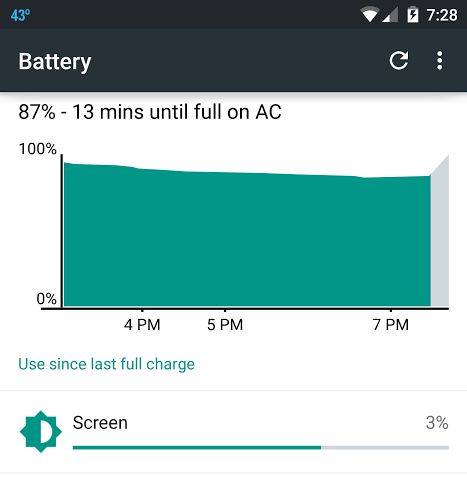 And if you can’t charge your phone but need to squeeze a little extra battery life out of it, there’s a new Battery Saver mode.

Turn it on and apps that require background data may stop synchronizing, alarms might not vibrate, and some other Android features may be paused… but you should get up to 90 minutes of extra battery life on some devices.

In addition to protecting your data by requiring a password, pattern, or facial recognition before your device can be unlocked, you can now opt to use Android’s Smart Lock feature to unlock your device with… another device.

You can use Bluetooth accessories such as a Smartwatch, NFC tags or other physical devices so that your phone can be unlocked when you’ve got your gadget on hand. 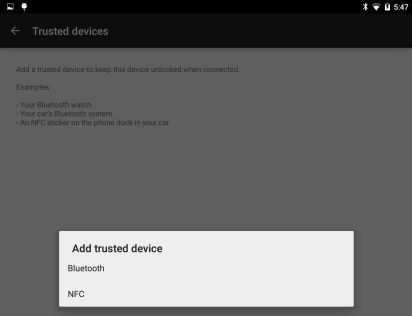 This can save you a bit of time… but it works with a password or pattern, not instead of one. That way you still have a way to unlock your device even if your smartwatch isn’t available.

Google has also turned on device encryption by default. Previously it was only available as an option. And Android 5.0 enforces SELinux for all applications to protect against malware.

Google has also switched from the Dalvik just-in-time runtime to ART, a new runtime which the company says can improve performance of some apps by up to 4 times.

Google has improved audio latency and added support for multi-channel audio stream mixing for up to 8 channels. This could enable support for more advanced audio apps like those that are currently available for iOS (and Windows, OS X, and other desktop operating systems). 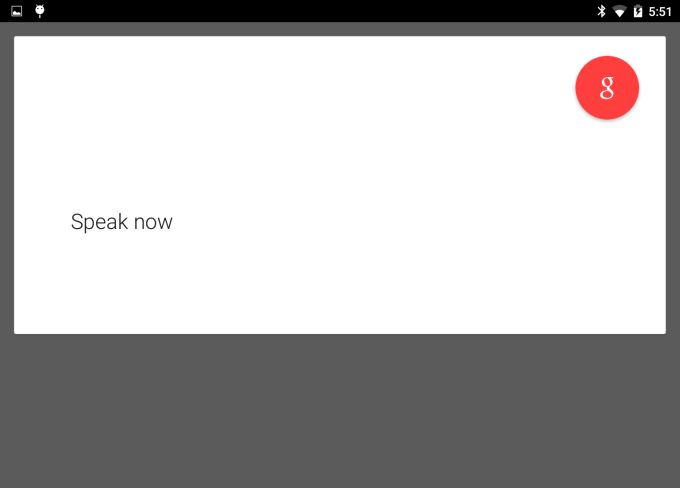 On devices with supported hardware, Android 5.0 supports use of the “OK Google” hotword to ask questions or start a voice search even when the phone or tablet is off. You can enable this feature on the Nexus 6 or Nexus 9, but it’s turned off by default. 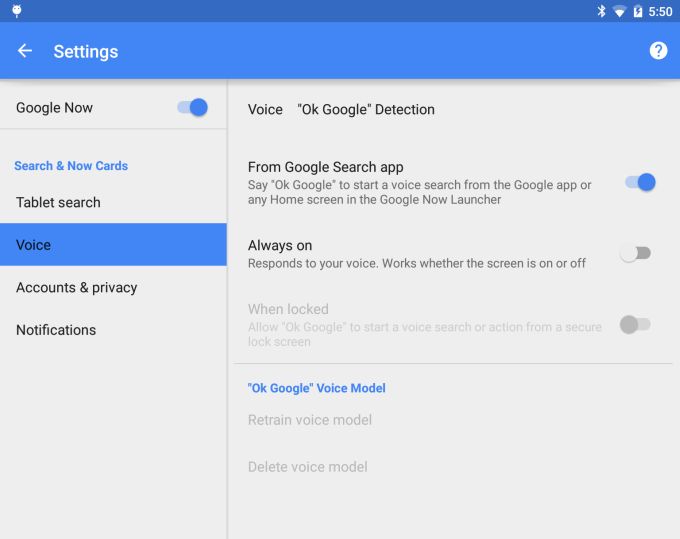 Devices with NFC can take advantage of a new Tap & Go instant setup feature that lets you copy your settings from one device to another simply by tapping your new phone against your old one. I was easily able to import all of my apps, my home screen layout, and some of my settings from my Nexus 5 to a Nexus 6 using this feature.

For Android 5.0, the surprise is a lollipop that appears on screen… and if you swipe the lollipop a game begins. It’s an Android and lollipop-themed Flappy Bird clone, where you have to tap the screen to guide a little Android through a series of dessert-themed obstacles. My high score so far is 1. 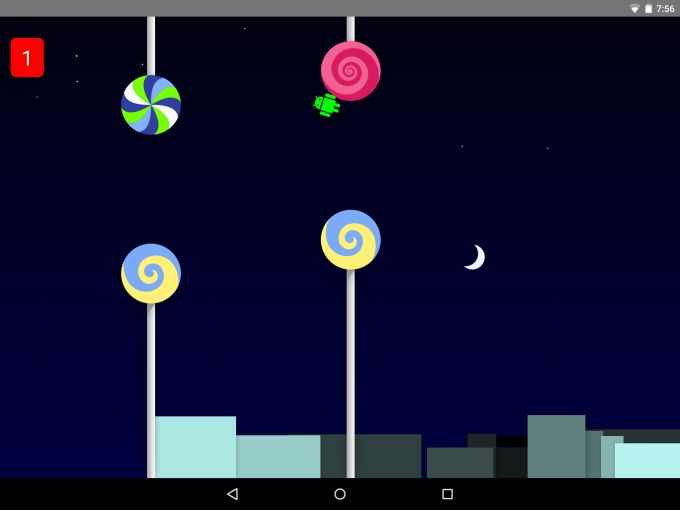 Overall, I like the aesthetic of Android 5.0. It’s simple, clean, and attractive and while it looks quite different from earlier versions of Android, if you’ve used an Android device in the past few years you should feel right at home with Lollipop. It still relies on the same basic swipes, notification tray, app drawer, and other elements that have been part of Android since the beginning. 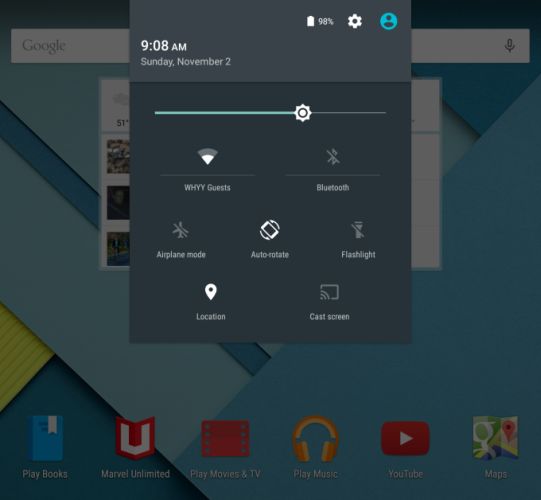 While it’s nice to have a flashlight built right into the Quick Settings panel, I keep hoping Google will take a cue from the builders of custom Android ROMs and allow you to customize Quick Settings with shortcuts to functions you use the most, not just the ones Google things you’ll need. But alas, that hasn’t happened yet. 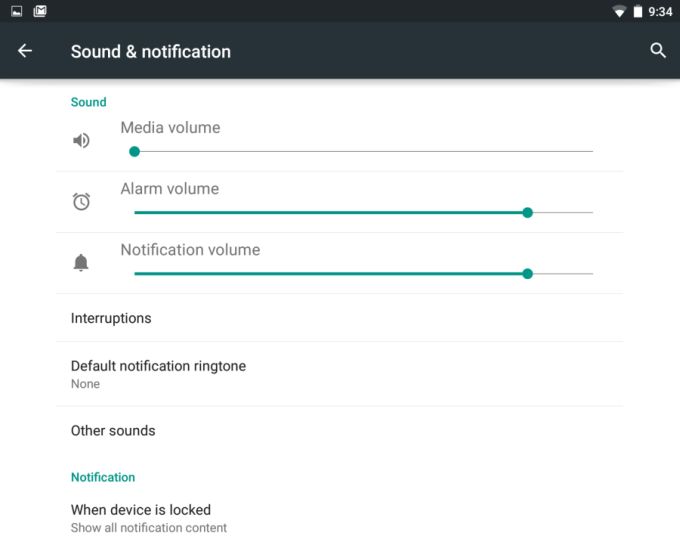 But in addition to the visual refresh, Android 5.0 brings users better security, more control over how and when notifications are displayed, support for guest mode, and a number of other features that make a good thing better.

7 replies on “This is Google Android 5.0 Lollipop”