Google unveiled the first OnHub router about two months ago, promising it would deliver speedy wireless internet access and easy-to-use controls. Now there’s a second OnHub router… and it has at least one new feature.

Unlike the original TP-Link OnHub router, the new Asus OnHub router supports motion control: you can wave your hand over the top of the router to boost the speed for a specific device using “Wave Control.”

The Asus OnHub router ain’t cheap: it sells for $220, which is about $20 more than the TP-Link model. 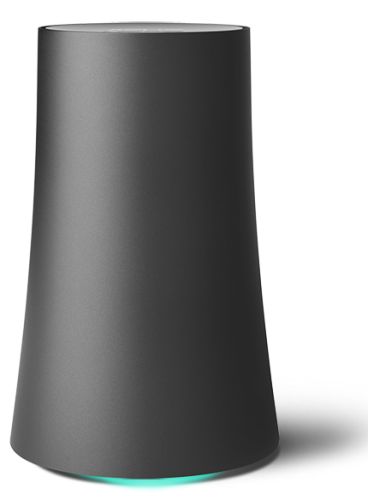 Other features include a tri-color LED for lighting at the base, a proximity sensor (for Wave Control), a 1.4 GHz dual-core processor, 1GB of RAM, and 4GB of eMMC flash storage. The router offers dual-band AC1900 speeds and has a single Gigabit Ethernet port.

Since these routers basically have the guts of low-power computers (some folks have noted that they’re practically Chromebooks), Google says they’ll get better over time thanks to software updates.

The company is rolling out the first software update soon, promising it’ll use a new algorithm to improve performance by figuring out which of the many antennae in an OnHub router should be used for which tasks.