Word Lens makes software that not only lets you translate text by pointing your smartphone’s camera at real-world objects like signs or menus… it actually replaces the text in the viewfinder with text in your chosen language.

Now the makers of Word Lens will be bringing their expertise to Google, which means the technology could be built into future versions of Android, Google Glass, or other software that relies on Google Translate. 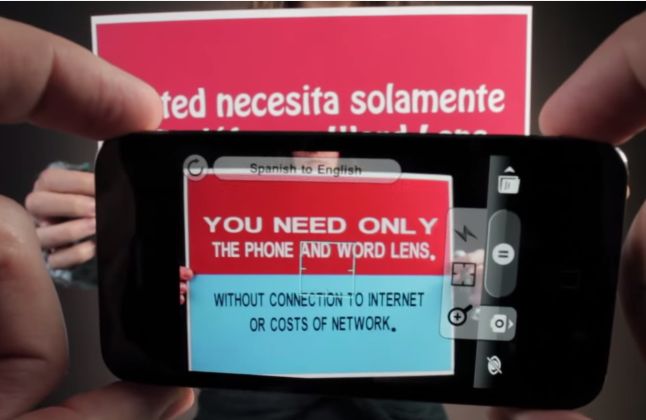 Quest Visual announced on the Word Lens website that the team is joining Google, and while the future of the standalone Word Lens apps for Android, iOS, and Google Glass remains uncertain, for now you can download the apps and language packs for free.

Word Lens has been available in one form or another since 2010, but the software’s always seemed a bit like something out of the future… even if it doesn’t always work perfectly. Last year, the team introduced Word Lens for Google Glass, letting you translate text simply by looking at it and asking your device to convert the words in real-time.

So that’s one less reason to learn French before your next trip to Paris.