Apple may not have launched any new iPods during today’s event (although you could argue that iPhones are the new iPods). But the company has gone ahead and pulled the plug on an old model.

The iPod classic is no longer available from the Apple Store. If you want to buy an iPod that doesn’t have a touchscreen, your only option is now the iPod shuffle. 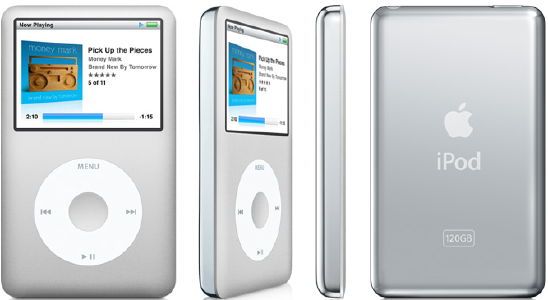 Apple largely turned its fortunes around with the launch of the original iPod in 2001. It wasn’t the first MP3 player released, but it quickly became one of the most popular, largely thanks to its easy-to-navigate user interface, large hard drive, and integration with the iTunes music store.

The iPod classic wasn’t exactly the same as that original model, but it was the last model to draw direct inspiration from the first iPod. It sported a color display, a hardware click wheel, and hard drive storage… but Apple hadn’t updated the iPod in over 5 years, prompting many to figure its days were limited.

And they were… it stuck around longer than many expected, but now if you want an iPod classic you’re probably going to have to pick up a used or refurbished model. But odds are there are plenty of those out there. This thing has been around for over a decade, after all.