Microsoft unveiled a new Windows Store in April. It’s a one-stop shop for apps, music, movies, and other digital content, and the new Movies & TV app features integration with the store, but also lets you import your personal video collection.

Groove, meanwhile, is a new name for the service formerly known as Xbox Music… and it’s probably a better name for folks that have no interest in buying an Xbox game console. 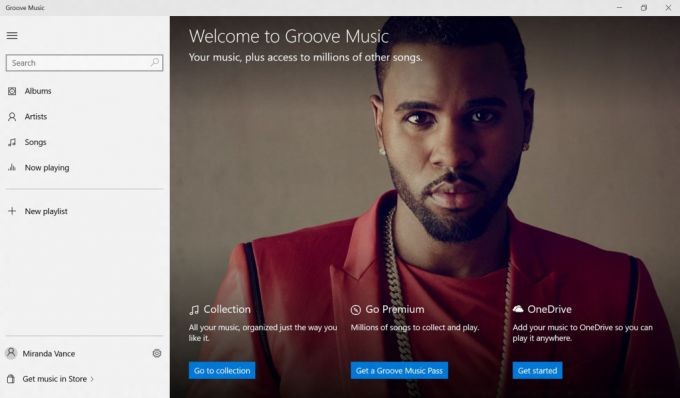 Like its predecessor, Groove is both a player for your personal music collection and an app that you can use to stream ad-free, on-demand music if you pony up $10 per month or $99 per year for a Groove Music Pass subscription.

Groove also connects with OneDrive cloud storage, so if you upload tracks from your PC, phone, or other device you can access them using the Groove app or on an Xbox or just about any device with a web browser. Microsoft also plans to launch Android and iOS apps for Groove which could make it a rival for Spotify, Rdio, Google Play Music, and Apple Radio.

The Windows 10 app features a new user interface that’s been designed to be both desktop and tablet-friendly. You can use the app with a mouse and keyboard or with touch gestures including pinch-to-zoom and drag-and-drop to create playlists.