Google says it’s not so much killing Hangouts as focusing on its enterprise-focused Hangouts Chat and Hangouts Meet apps… and eventually opening them up to the general public. But the company is outright killing one of its communication apps outright.

Following a recent report from 9to5Google, Google that after pausing investment in its Allo chat app earlier this year, the company has confirmed it will pull the plug on Allo altogether in march, 2019.

The company plans to continue developing and supporting several other communication apps though. 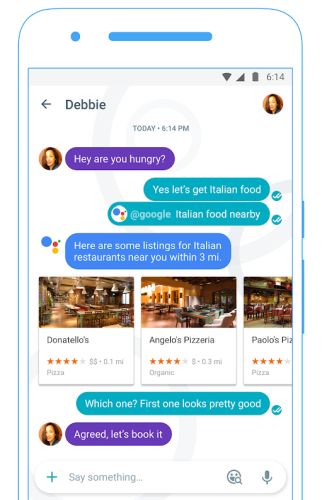 For text-based messaging, Google says it’ll continue investing in its Messages SMS app. The company says there are currently over 175 million people using the app, which has picked up new features in recent years including support for GIFs, desktop usage, and smart replies.

For video messaging, Google will continue to focus on Duo.

So… here’s where things will probably stand when things shake out in next year or so:

Clear as mud, no?

It does seem interesting that Google is going all in on an SMS-based messaging app. While SMS is still widely used in the United States, where most carriers offer unlimited texting, it’s my understanding that part of the appeal of alternate messaging apps like WhatsApp, Line and Telegram in the rest of the world is due not only to their feature sets, but also to their use of data networks rather than the SMS protocol.

I suspect that could limit the international appeal of Messages.