Like a lot of people, I was kind of skeptical, of the endeavor, which is why I didn’t write about it in 2016. But I was pleasantly surprised to notice today that some units started shipping to backers in February. 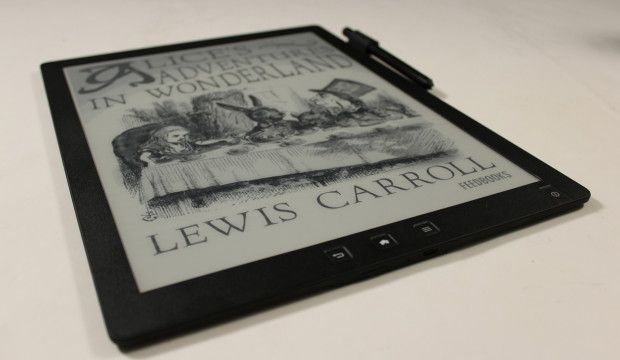 Some early users have reported problems getting the Google Play Store to work properly, but others are pleased with the hardware and see room for software-based improvements.

The 13.3 inch eReader is still available for purchase from Indiegogo for $729, but don’t expect super-quick shipping: some people who placed an order with expected delivery in September, 2016 are still waiting.

The system comes with a pen that supports 1,024 levels of pressure sensitivity, letting you make hand-written notes on your reading materials or use the tablet as a sketchpad.

Good e-Reader may be selling the tablet under its own name, but this is actually a branded version of the Netronix ED0Q02  running Android 4.0 software.

If you’re willing to spend a little more for a very similar device, you can order an Onyx BOOX Max 13.3 inch E Ink eReader with pen input from Amazon for $769.