A few years ago Chinese PC maker Gole released an odd little device called the Gole1 that blurred the lines between desktop and tablet computers by stuffing full-sized ports into a pocket-sized computer with a 5 inch display and a battery.

Now the company has introduced a new system called the HiGole F11APL which is basically a compact desktop computer with a built-in 11.6 inch touchscreen display. Like many of Gole’s products, it’s designed for commercial, retail, or industrial use. But it could also make an interesting companion device for home office, theater, or gaming setups.

Gole sells the HiGOLE F11APL for $229 through its Alibaba store, but Charbax from ARMDevices.net is working with Gole on an Indiegogo crowdfunding campaign that will let you pick one up for $99 and up. 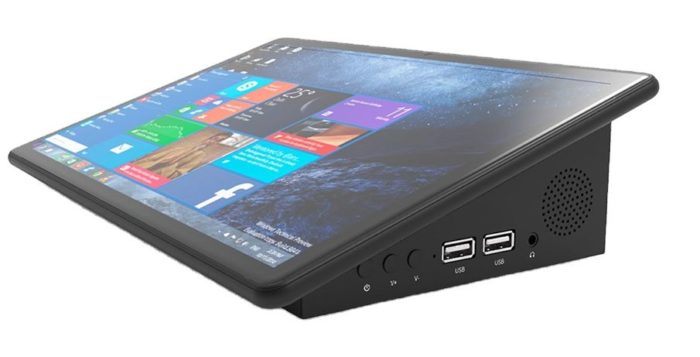 The crowdfunding campaign refers to the computer as the Gole11, but it’s basically the same thing as the HiGole F11APL.

It’s a computer that measures 11.1″ x 7″ x 2.9″ and which has a wedge-shaped design so that the display on the top/front slopes downward. You could theoretically use it as an interactive display for  a variety of applications — although it’s likely going to make a better second-screen device than a primary computer.

Powered by a 6-watt Intel Celeron N3450 quad-core Apollo Lake processor, this thing’s not exactly a powerhouse. It also has just 4GB of RAM  and 64GB of eMMC storage.

But the Gole11 does have 1920 x 1080 pixel IPS touchscreen display, a microSD card reader for up to 256GB of removable storage, and Gigabit Ethernet support. 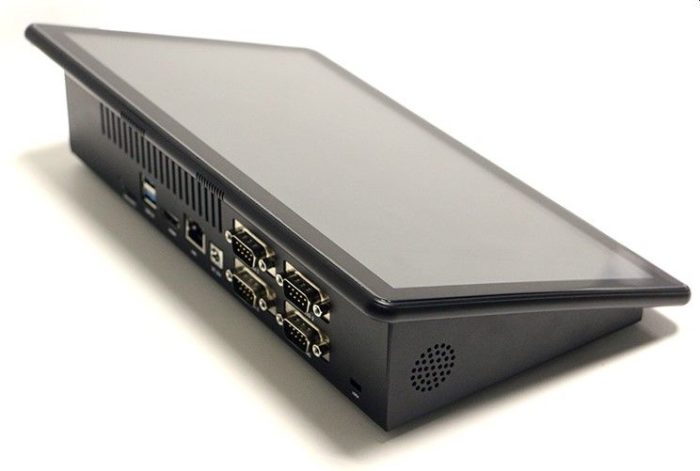 It also ships with Windows 10 and supports WiFi 5 and Bluetooth 4.2 and has a 3.5mm audio jack, HDMI 1.4 output, two USB 3.0 ports, two USB 2.0 ports, and additional ports including RS232 and RS485. Like I said, this thing’s designed to be used for point-of-sales retail machines, digital signage or kiosks, or other applications where serial connections matter.

Note that the $99 price is only available to the first 30 early bird backers of the campaign. The price goes up after those rewards are sold out — and if the campaign doesn’t break the $100,000 mark by May 31st, then it will be canceled and backers will have their order refunded.