Chinese PC maker HIGOLE has been producing little computer that blur the lines between tablets and miniature desktops for years. But the company’s latest GOLE1 models are a little different.

While previous members of the lineup have featured Intel processors, the new GOLE1 R is a compact computer with a Rockchip RK3588 ARM-based processor, 8GB of RAM, 128GB of eMMC storage, a 5.5 inch touchscreen display, and Android software. It’s up for pre-order through a Kickstarter crowdfunding campaign. But it’s also only of two new models HIGOLE is offering through Kickstarter. 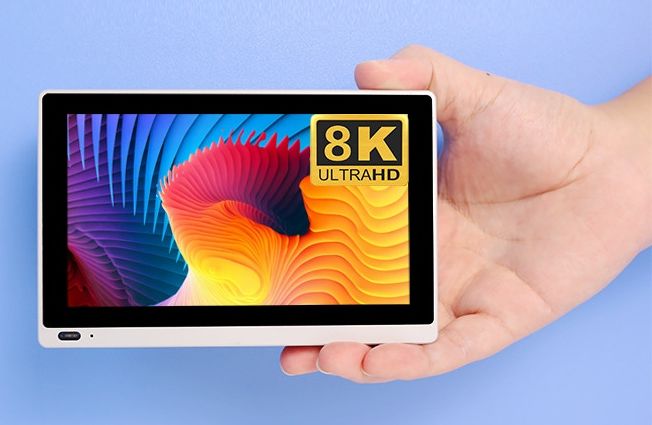 While the GOLE1 R has a 5.5 inch display and a built-in battery, allowing you to use it like a small, chunky tablet, there’s also a GOLE1 RN which has no display or battery. Designed to be used as a mini-desktop rather than a portable device, it’s a little cheaper than the GOLE1 R, but the stationary model does have at least one advantage: it has an M.2 slot that you can use to add an SSD.

The little computers also supports WiFi 6 and Bluetooth 5.2 and ship with Android 12 software, although HIGOLE notes that they do not ship with the Google Play Store or other Google services. You should be able to sideload apps though. And the systems should also be compatible with Linux-based operating systems that support the RK3588 processor.

But there are cheaper ways to get your hands on a mini desktop with this chip. The GOLE1 RN is going for $300 during crowdfunding, while the GOLE1 R is $353. But the FriendlyELEC NanoPi R6S single-board computer with an RK3588S chip sells for just $119, and the Orange Pi 5 has the same processor and a starting price of just $69.

So I’m not particularly convinced that the GOLE1 RN is a very good deal. But the GOLE1 R might be slightly more attractive thanks to its tablet-like features including a touchscreen display, 2500 mAh battery, mic, speaker, and g-sensor for automatic screen rotation.