GNOME is a free and open source desktop environment that provides a graphical user interface and suite of applications for Linux-based operating systems. GNOME 42 was released this week.

Among other things, GNOME 42 brings a new global dark mode, a new screenshot experience that makes it easy to capture images or record videos, and a whole bunch of other changes. 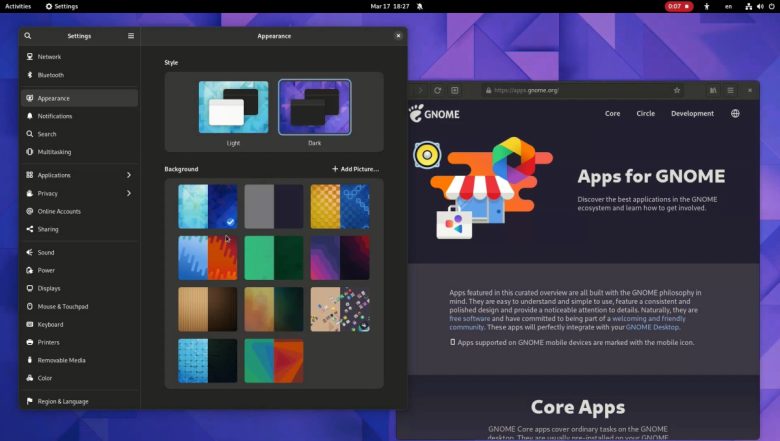 The new Dark Style Preference allows users to configure their systems to use dark mode in all apps that support it, including system applications and most GNOME apps. Even wallpapers switch to dark mode when enabled.

Users can also choose to have specific apps open in dark or light mode regardless of the global preference settings.

GNOME 42’s new screenshot tool appears when you hit the Print Screen key on your keyboard. A pop-up gives you the option of saving a picture or recording a video that shows either everything on the screen or just a portion of the screen.

New Text Editor and Console applications are now the default apps for editing text or opening a terminal emulator. Both support features including tabs and dark mode.

Other changes include support for the RDP protocol in the GNOME remote desktop tool, a scrollable path bar in the Files app, improvements to the Boxes virtualization app, and support for controlling media playback in the Videos app using media controls from the notification area.

You can find more details about changes in GNOME 42 in the release notes, or check out the short video below for an overview.