A key selling point for the PinePhone is that the $150 phone is one of the few smartphones designed to support free and open source operating systems that use a mainline Linux kernel. But that doesn’t mean it can’t run Android.

Developers of GloDroid have been building Android ROMs for the phone for the past two years, and this week the team released GloDroid v.0.7.0 which brings Android 12 to the PinePhone and other supported devices. Just keep in mind that this is pre-release software and “almost nothing works yet” on the PinePhone. 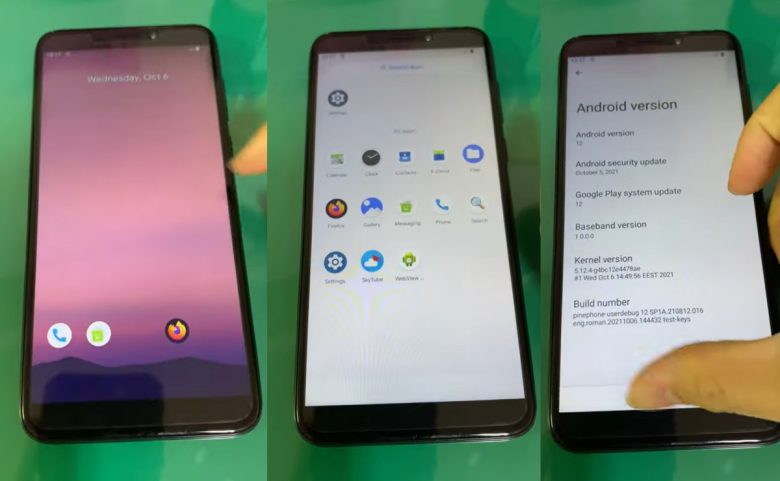 A recent demo video for GloDroid 0.7.0 shows that the basic operating system does run on the PinePhone. The Android 12 lock screen, home screen, app launcher, and settings menus are all functional. Just don’t expect fancy features like sound to work.

Still, while the PinePhone stands out in the modern smartphone space largely thanks to its mainline Linux support, it’s an unlocked, hackable device that can support a wide range of operating systems, even including Android.

GloDroid is based on Android Open Source Project code, and in addition to the PinePhone, the operating system supports Pine64’s PineTab tablet as well as single-board computers including the Raspberry Pi 4 and OrangePi PC Plus.

If you want to take the software for a spin, you can find the latest release at GitHub.