The GKD Plus Classic is a handheld game console that looks a bit like a Game Boy if Nintendo’s classic handheld had analog sticks, a VGA color IPS LCD display, and a modern processor fast enough to handle PlayStation emulation.

First unveiled earlier this month, the Game Kiddy’s latest handheld is now up for pre-order through a Kickstarter crowdfunding campaign, and it’s expected to begin shipping to backers in January, 2023. 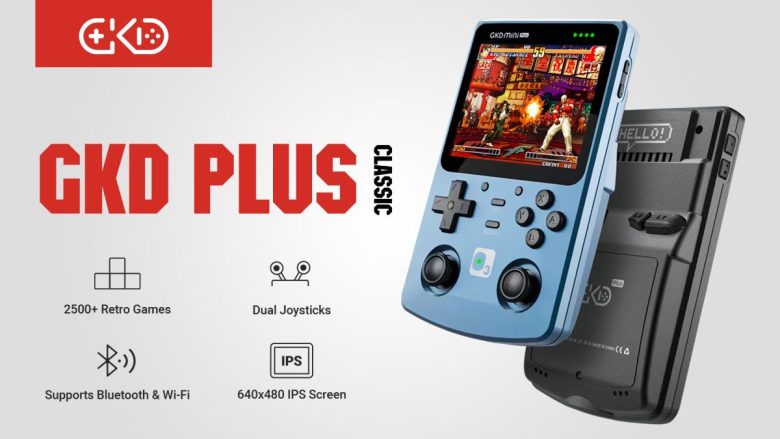 Super Early Bird pricing starts at $139 for the first 200 backers, but if you miss out on that reward level, you may be able to snag one for $149 before the price rises to $159 for the duration of the crowdfunding campaign.

All of those prices seem fairly reasonable for a handheld console with a 3.5 inch, 640 x 480 pixel IPS LCD display, a 1.8 GHz Rockchip RK3566 quad-core ARM Cortex-A55 processor with Mali-G52 2EE graphics, and game controllers that include dual analog sticks, a D-Pad, four action keys, four shoulder buttons, and L3 and R4 keys, and a set of ports that includes dual microSD card readers, a USB-C port for charging, and a headphone jack.

But Game Kiddy made a few decisions that leave me scratching my head. First, the system has just 1GB of RAM and 32GB of built-in storage. I suppose that might not be a dealbreaker if you primarily plan to play games designed for 20+ year old handheld consoles, but it could be a limiting factor for trying to play newer games. 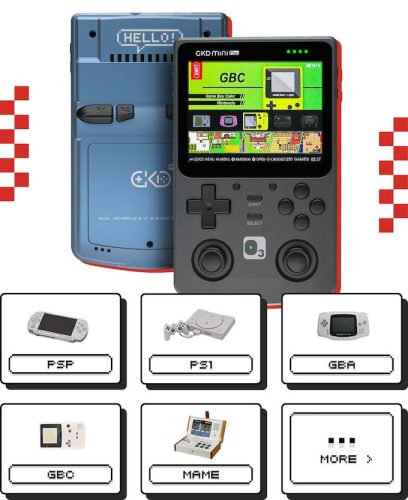 Second, the company says that the $139 Super Early Bird price represents a 50% discount from the retail price, which means that Game Kiddy plans to charge $279 for the GKD Plus Classic after the end of the crowdfunding campaign. At that price, you can certainly find a much better retro handheld. Heck, some handheld gaming PCs with x86 chips are up for pre-order for lower starting prices.

I suppose there’s a chance that the company is bluffing about that retail price though, in an order to make the crowdfunding campaign look more attractive. But I suppose if you do plan to buy a GKD Plus Classic, now may be the time to do it, while the price is about as low as it’s likely to get for a while. Just keep in mind that you’ll have to pay $15 to $25 for shipping, depending on where you’re having the device delivered.

The handheld’s other features include a 3,000 mAh battery that the company says it good for over 8 hours of run time, support for WiFi and Bluetooth.

GKD also recently introduced a more compact handheld with similar specs called the GKD mini Plus. It has the same screen, D-Pad, action buttons, and shoulder buttons as the GKD Plus Classic, but the analog sticks aren’t permanently affixed. Instead, that model comes with a detachable base that connects to the USB-C port on the button of the system, letting you use the analog sticks when you need them, or leave them off when you don’t.

There’s no word on if or when that model will be available outside of China.