The Nintendo Switch is a wildly successful game console that straddles the line between portable gaming device with a 6.2 inch display and a living room console with support for video out to a TV.

But the UpSwitch ORION is an accessory that takes things in a slightly different direction by effectively turning the Switch into a handheld game console with an 11.6 inch display. 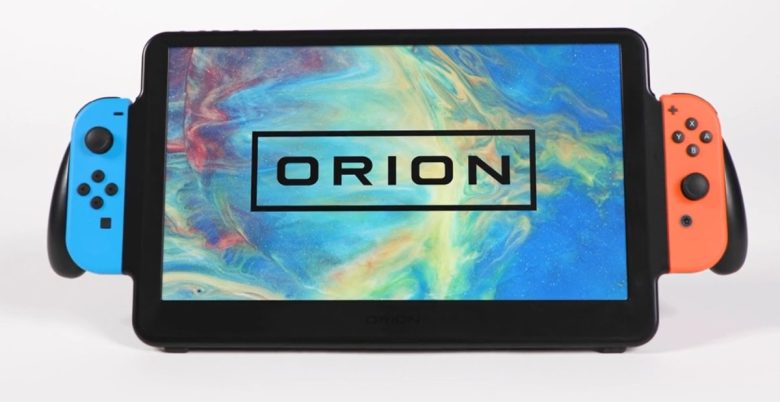 Here’s the idea: the ORION is basically a Nintendo Switch dock that has a built-in 11.6 inch display, stereo speakers, and an optional battery pack. You stuff your entire Switch inside the dock, slide your Joy-con controllers into the sides, and you basically have a gigantic Switch with a screen the size of a small laptop.

Theoretically you could carry around a portable monitor if you just want to plug your Switch into a larger screen for gaming on the go. But that kind of setup is designed for stationary gaming: you have to put the monitor on a table or some other flat surface while using your Switch as it if were a remote control.

The ORION dock takes the idea of a portable monitor further by making the whole thing portable. 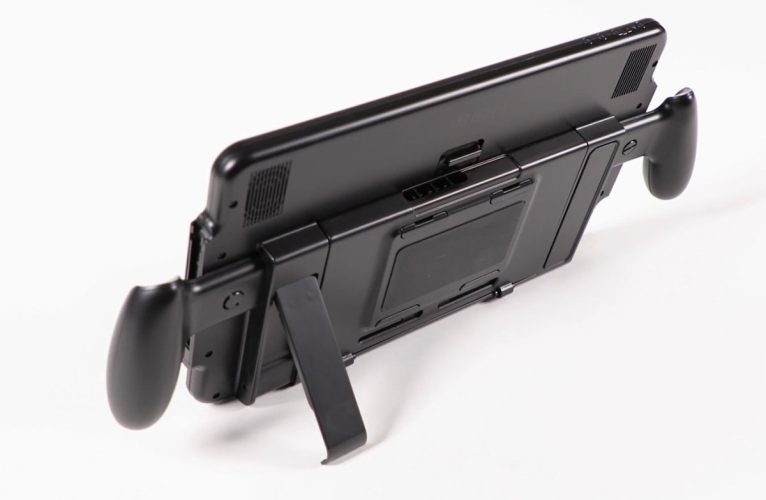 You can also charge your Switch while it’s connected to the ORION, either by plugging in a USB-C charger or by connecting a power bank to the dock.

While the ORION is designed for the Switch, since it is basically a portable monitor, you can also flip out a kickstand and use it with any other device that supports HDMI output including PCs, phones or game consoles.

UpSwitch is running an Indiegogo crowdfunding campaign for the ORION, with reward levels starting at $249 for just the dock, although you can pay a bit extra for a battery pack, T-shirt, and discount codes for use on future products from the company.