GIMP is an open source, powerful image editing application that’s often compared with Adobe Photoshop — although long-time Photoshop users may find GIMP to be less user friendly and less capable in some ways.

But for basic image editing tasks (which about all I’m capable of performing), GIMP pretty much blows away the competition. And if you know what you’re doing, GIMP can help you create or edit some pretty amazing imagery.

After years of testing, GIMP 2.8 was finally released this week. It’s the first version of the app which offers an optional single-window mode, letting you access all of your tools, layers, and images on a single screen. 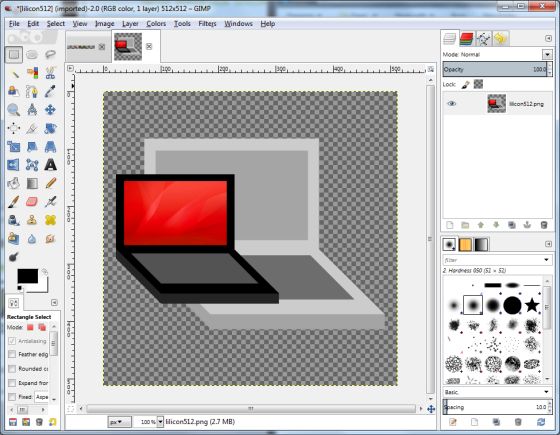 GIMP 2.8 stable for Linux is already available for download from the project website. There are also ports of GIMP for Windows and OS X.

I haven’t seen stable builds for Mac or Windows yet, but you can find GIMP 2.8 RC1 for Mac at Softpedia and Windows users can download the latest release candidate from Filehippo.

Update: GIMP 2.8 stable is now available for Windows from the GIMP website.

The release candidate basically has all the feature found in the full version, and that link will probably be updated soon to include GIMP 2.8 stable.

I’ve been playing with the release candidate for the last few days, and while I’m not exactly a power user, I’m a big fan of the new single window mode which helps make GIMP feel more like a single app instead of a series of apps that you have to keep switching between.

Power users can find a more detailed look at the new features in the release notes.