The Gigabyte BRIX line of computers are tiny desktop PCs similar in size and functionality to Intel’s NUC lineup or Zotac’s ZBOX series.

Last year the company introduced a line of small, cheap, and low-power models powered by Intel Gemini Lake processors. But they weren’t all that easy to find, possibly due to the reported Intel chip shortage.

Now Gigabyte is refreshing the lineup with new models that look awfully similar, but which include a few small upgrades and/or changes. 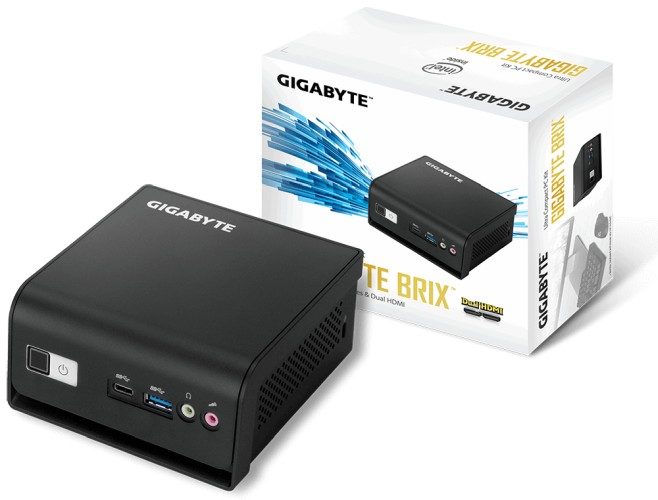 It also features a fanless design.

Gigabyte is also launching two new models with 10 watt processors and active cooling (meaning they do have fans). The new BRIX-BLCE-4105R sports an Intel Celeron J4105 quad-core processor, while the new BRIX BLCE-5005R has a Pentium Silver J5005 quad-core chip.

The Celeron version is an update to the older BRIX BLCE-4105, but Gigabyte has replaced the simple, boxy chassis for the old model with the newer, rounded design used in the dual-core model.

The company has also dropped the mini DisplayPort used in the previous version so the new model has HDMI 2.0 and HDMI 1.4b ports, mic and headphone jacks on the front, and an RS-232 port.

Gigabyte’s new Pentium model has the same chassis as the others, but a processor with support for higher Turbo speeds, which should bring better performance in both single-threaded and multi-threaded tasks.