Gigabyte is adding a new tiny desktop PC to its BRIX line of mini-computers. The company already offers several models with Intel or AMD processors. Now Gigabyte is preparing to launch a new model with an Intel Core i5 Haswell CPU and NVIDiA GeForce graphics. 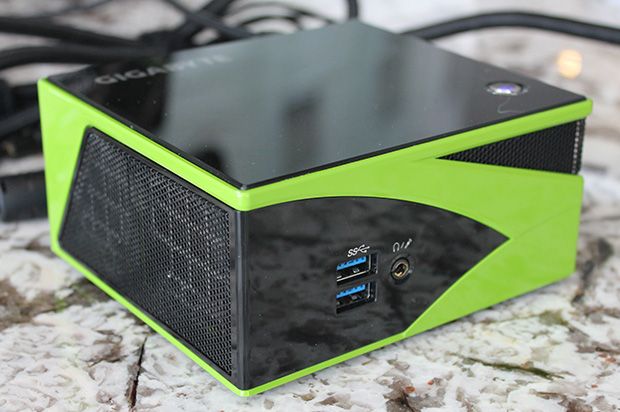 Those chips give this system a lot more power than you usually get from a desktop small enough to hold in one hand. But it comes at a cost: the CPU has a 47W TDP and the NVIDIA graphics card can use up to 170W. That explains the large vents on the PC case, and TechReport says the system gets pretty warm when you’re playing games on the PC. There are fans to help keep things cool… but they can be pretty noisy.

Gigabyte’s upcoming system is aimed at gamers looking for a compact solution. The PC features 802.11ac WiFi, Gigabit Ethernet, Bluetooth, dual HDMI output, 4 USB 3.0 ports, a mini DisplayPort connector, and support for 2 sticks of memory and a 2.5 inch drive as well as an mSATA SSD.

There will also be a model with an Intel Core i7 CPU.