While Intel is positioning ultrabooks as premium ultraportable notebooks with reasonable price tags, there’s one premium feature that’s currently an exception instead of a rule: high resolution displays. Almost every ultrabook we’ve seen to date has a 1366 x 768 pixel display. 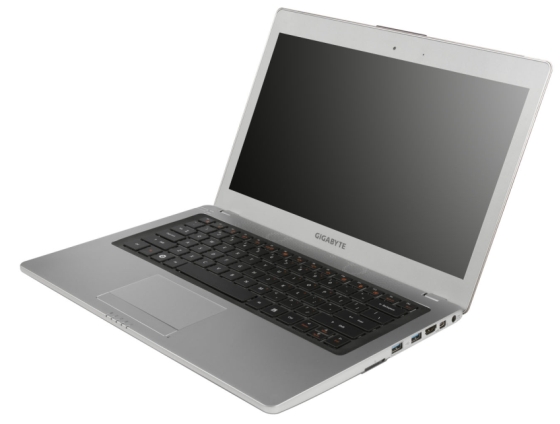 Update: An earlier version of this article incorrectly described the Gigabyte U2442V as a 13.3 inch ultrabook. It actually has a 14 inch display.

Gigabyte’s ultrabook isn’t entirely unique in this space. The Asus Zenbook UX31 has a similar display, as does the Sony Vaio Z and Sony Vaio S, although the latter is technically a little chunky to be called an ultrabook.

But the high resolution display certainly helps set the Gigabyte U2442V apart from most of the competition. Gigabyte also plans to equip the notebook with an NVIDIA GT640 discrete graphics card.

Netbook News got an early look at the netbook at CeBIT this week. It’s expected to launch with an Intel Ivy Bridge processor, which means we probably won’t see the notebook on store shelves for a few more months.

The Gigabyte U2442V uses hybrid storage which combines a large hard drive with a small amount of solid state storage. The notebook has 2 USB 3.0 ports, 2 USB 2.0 ports, HDMI and VGA output, and an SD card reader.

The U2442V will feature an Intel Ivy Bridge ULV (Ultra Low Voltage) processor, while Gigabyte will also offer a U2442N model with a standard voltage processor.