Gigabyte has been offering a line of convertible notebooks that turn into tablets for years. Now the company’s adding a new mode to its 2-in-1 series though, adding a docking station that lets you use the device as a desktop.

The Gigabyte U21MD is an 11.6 inch notebook with a hinge that lets you twist the screen and fold it flat over the keyboard so the machine becomes a touchscreen tablet. Or you can close the laptop and slide it into the D21 docking station and hook up an external display, keyboard, mouse, and other peripherals. 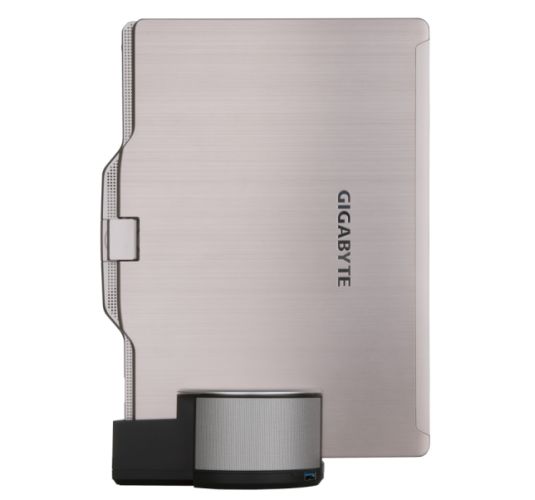 The notebook/tablet itself is similar to the Gigabyte U21M that launched in 2013. What’s new is the D21 docking station which features an Ethernet jack, HDMI port, audio jacks, 2 USB 2.0 ports and 3 USB 3.0 ports.

You can connect the notebook to the dock thanks to a docking connector, and there’s a power jack in the dock that lets you power and charge the tablet while it’s connected.

The Gigabyte U21MD computer features an 11.6 inch, 1366 x 768 pixel display with a capacitive multitouch panel, an Intel Core i5-4200U Haswell or Pentium 3558U processor, up to 256GB of solid state storage and up to 1TB of hard drive storage, and a backlit keyboard.