As a general rule most smartphones have ARM-based processors and most desktop and notebook PCs have Intel or AMD chips based on x86 architecture (although that’s starting to change with the launch of Windows on ARM).

But now Gigabyte and Cavium are introducing the first desktop workstation powered by an ARM-based processor.

The Gigabyte ThunderXStation is a tower PC designed to work with Cavium’s ThunderX2 ARMv8 processors, which are typically used for servers and cloud computing appliances. 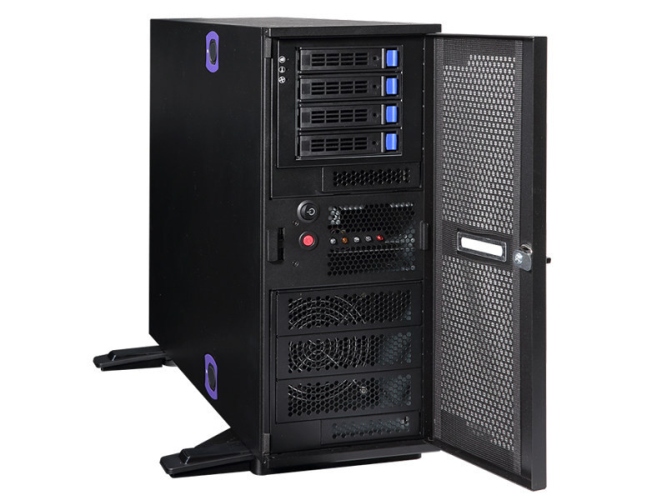 Workstation PCs are typically high-performance (and high-cost) machine, and the ThunderXStation definitely seems to fit the bill.

The first version to ship will come with a 2.2 GHz, 32-core CPU with 4 threads per core for a total of 128 threads. It also comes with an NVIDIA GeForce 710 GPU with dual monitor support, but Gigabyte says it’s also testing other NVIDIA and AMD GPUs.

The ThunderXStation will ship with Ubuntu 17.10 but it also supports CentOS 7.4 and OpenSUSE.

It’s available for purchase from Phoenix Electronics for “competitive” pricing, which means you’ll need to contact Phoenix to get a quote.

19 replies on “Gigabyte ThunderXStation is the first ARMv8 workstation PC”