The 2 pounds tablet is expected to go on sale in the US in April for around $1000 and up, but the tablet has already slipped through the FCC website, leaving behind some photos for anyone that wants to see what’s under the hood for themselves. 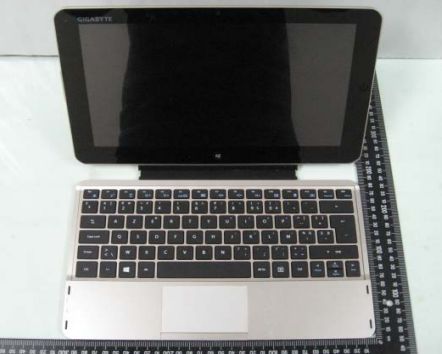 Like many tablets, the single biggest thing inside the case is a battery. The S1185 has a 5270mAh, 39Whr battery.

But if you look around, you’ll also spot the solid state disk and a number of components that look surprisingly laptop-like. While I wouldn’t recommend cracking open the case of a tablet like this unless you know what you’re doing (or you’re OK with damaging a $1000 computer), it looks like the Gigabyte S1185 takes standard laptop memory and has other standard ports which should make it easy to upgrade the RAM or storage on your own. 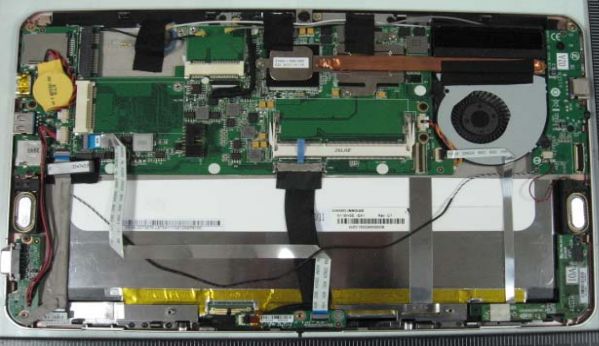 Around the sides of the tablet you’ll also find a full-sized VGA port, HDMI port, and USB ports. There’s a built-in kickstand on the rear. And on the front you’ll find an optical mouse sensor on one side of the tablet and left and right mouse buttons on the other — something you don’t see on a lot of Windows 8 tablets, which instead rely on touchscreens alone for navigation (unless you plug in a keyboard and mouse).

Gigabyte will also offer an optional keyboard dock that lets you use the tablet like a notebook.

3 replies on “Gigabyte S1185 Windows 8 tablet strips for the FCC, shows it’s what’s inside that counts”