The Gigabyte U2142 is an ultrabook that transforms into a tablet. It looks like a classic convertible tablet, with a hinge that swivels to let you rotate the screen 180 degrees and then fold it down over the keyboard.

Gigabyte plans to bring the U2141 ultrabook to market shortly after Windows 8 hits the streets on October 26th. 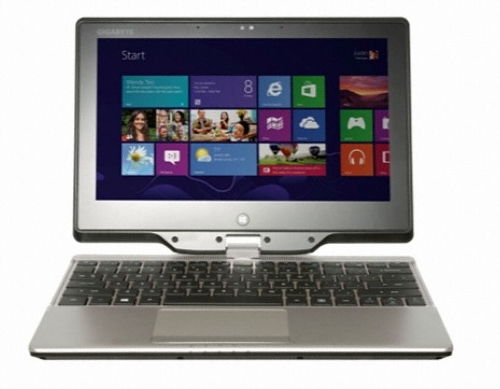 Gigabyte’s new ultrabook will be powered by an Intel Core i3 or Core i5 processor, and all models will features USB 3.0, HDMI, and VGA ports as well as Bluetooth 4.0, WiFi, and optional HSPA.

The convertible tablet weighs about 2.9 pounds.

via Ultrabook News and CNET Asia