Gigabyte is considering making its line of mini-desktop computers a bit bigger with a model that’s… a bit bigger.

The company is showing off a prototype called the Gigabyte Brix Skylake UHD at the CeBIT show in Germany this week, and while the computer is only 4.3″ x 4.3″ wide and deep, it’s about 8.6″ tall.

That still makes it rather compact for a desktop, but kind of big for a Brix/Intel NUC-style system. The good news is that Gigabyte is using that extra height to pack in a whole bunch of goodies. 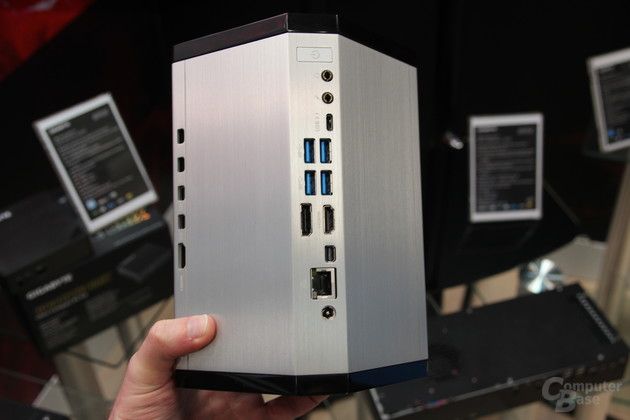 Gigabyte says the computer should be able to handle 4K Ultra HD content (which explains why the company is calling this the Brix Skylake UHD).

According to ComputerBase.de, the system on display at CeBIT is still a prototype that the company is using to solicit feedback which could be used to finalize the design before launching a new model. Gigabyte hasn’t announced a price or release date.