The Gigabyte Brix line of computers are mini-desktops that aren’t much bigger than a small stack of DVDs. They’re a lot like Intel’s NUC mini computers, but since Gigabyte doesn’t make its own chips, the company uses processors from Intel or rival AMD.

Two of the first AMD-powered Brix systems are now available in the United States, with prices starting at $260. 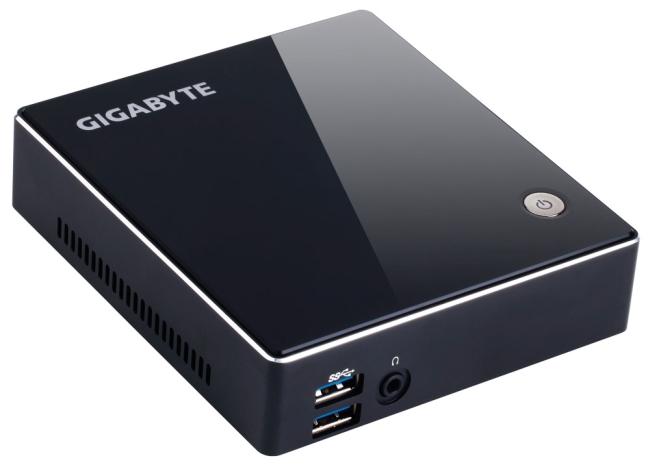 The entry-level model is the Gigabyte GB-BXA8-5545. This model sells for about $260 and features an AMD A8-5545M Richland processor, Radeon HD 8510G graphics, Gigabit ethernet, 802.11n WiFi and Bluetooth, four USB 3.0 ports, HDMI and mini DisplayPort, and room for an mSATA solid state drive and up to 16GB of RAM.

The system measures 4.5″ x 4.2″ x 1.2″ and according to a review from Computer Shopper, it has more than enough power to handle HD video playback and other home theater PC tasks.

Gigabyte’s $260 mini desktop doesn’t come with storage, memory, or an operating system, so you’ll need to provide your own. And it’s not really fast enough to handle high-end, modern video games — although you should be able to play older games on it.

Possibly it’s main selling point is that the Gigabyte GB-BXA8-5545 is significantly cheaper than an Intel NUC with a Core i3 chip, such as the $380 Haswell-powered NUC D54250WYK1. But it’s also a little less powerful when it comes to sheer CPU performance, and noisier when the CPU and GPU are working hard enough to power up the fan.

Gigabyte also offers a model that is designed for modern gaming — but it has the price to match. The Gigabyte Brix Gaming GB-BXA8G-8890 system sells for $570 and features an AMD A8-5557M CPu and AMD Radeon R9 M275X dedicated graphics. 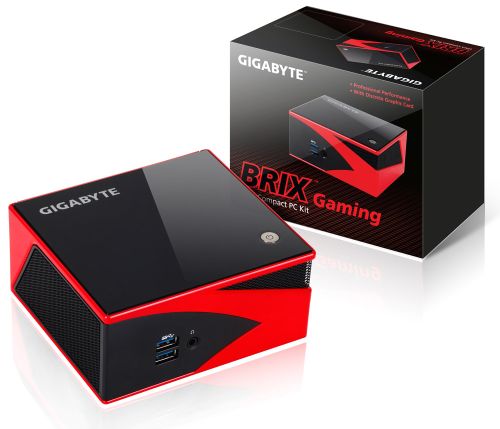 Like most Brix desktops, Gigabyte sells this model without storage, memory, or an operating system.