NVIDIA’s new graphics processors for laptops are now available, offering desktop-class graphics in mobile computers. But some mobile devices are more… mobile than others.

For example, Asus has a new 18 inch laptop called the ROG GX800 with a 4K display, a liquid cooling system, and NVIDIA GTX 1080 graphics. But it weighs more than 12 pounds.

Meanwhile, MSI and Aorus have both unveiled new gaming laptops that weigh closer to 4 pounds.

It measures 0.9 inches thick and weighs just under 4 pounds.

The laptop has USB 3.1 Type-C support, an HDMI 2.0 port with 4K output, and a display with 170 degreeviewing angles. It supports up to 32GB of DDR4 RAM and supports M.2 PCIe solid state storage.

The Aours X3 Plus v6 should be available in September for around $2100.

MSI is updating its Stealth line of thin and (somewhat) light gaming laptops with the new GS63VR Stealth Pro. 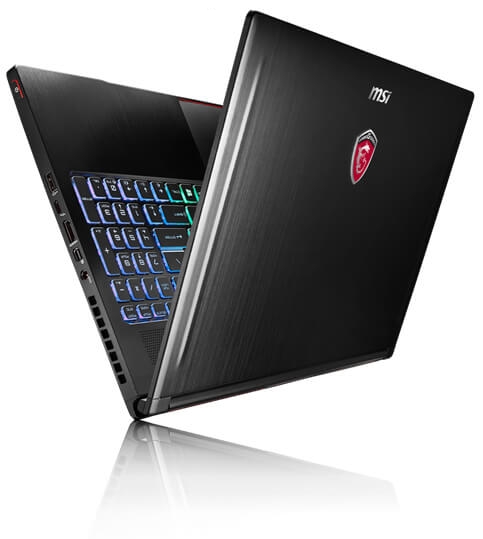 While these are two of the first relatively compact laptops to feature NVIDIA’s new virtual reality-ready GTX 10-series graphics processors, they probably won’t be the last. One of the main reasons NVIDIA has a lower-power GTX 1060 GPU to go along with the higher-performance GTX 1070 and 1080 options is to accommodate smaller, lighter laptops.