Chinese device maker Giayee has introduced an Android-powered set-top-box which lets you run Android apps on your TV with the aid of a wireless remote control. There’s nothing unusual about that — but what makes the Giyaee IPTV box stand out a bit is the design: It looks virtually identical to the discontinued Google Nexus Q. 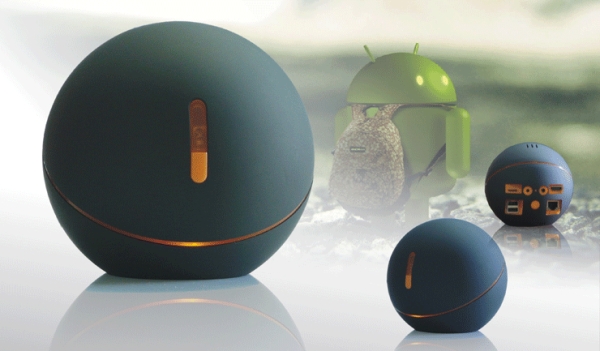 Under the hood the two machines are pretty different. The Nexus Q has a TI OMAP 4460 processor, PowerVR SGX540 graphics and a highly customized version of Android that basically has no user interface. Google designed the device as an extension of your Android phone or tablet, letting you stream content to a big screen.

That idea never really caught on, and Google cancelled the product while it was still in its infancy.

But the distinctive orb-like design was still kind of catchy, and that’s what Giayee seems to be copying.

The Giayee IPTV box features a Rockchip RK3066 ARM Cortex-A9 dual-core processor, ARM Mali 400 quad-core graphics, 802.11n WiFi, Ethernet, and an infrared receiver for the remote control. You can also use the remote as an air mouse by waving it around in the air to move an on-screen cursor. 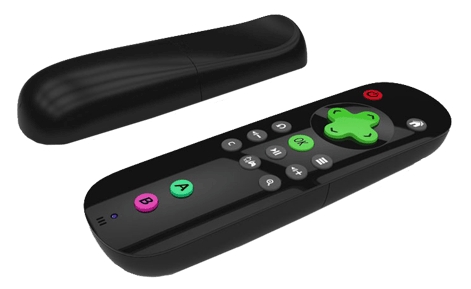 The remote’s motion controls can also be used while playing games, and the remote has a built-in mic which you can use for voice controls or to make voice calls over the internet.

Giayee’s Android box has HDMI and audio output for connecting to a TV, 2 USB host ports for a keyboard, mouse, camera, or other peripherals, and a microSD card slot for extra storage.

The device has 1GB of RAM and 8GB of buil-in storage for apps and media.

While the Giayee IPTV box is designed to run Android and ships with Android 4.1 Jelly Bean, there’s also a chance you might be able to turn it into an inexpensive Linux computer. Independent developers have been working on an Ubuntu-based operating system called PicUntu which runs on devices with RK3066 processors.

Giayee is offering the Nexus Q-like set-top-box as an OEM/ODM device, which means the company manufacturers the device, but Giayee is looking for partners that will sell the product. It could eventually sell under different brand names.

AndroidPC.es also noticed a similarly-shaped Android TV box which is available from FocalPrice for about $83 — but that model has an Amlogic processor and Android 4.0 rather than a Rockchip CPU and Android 4.1.