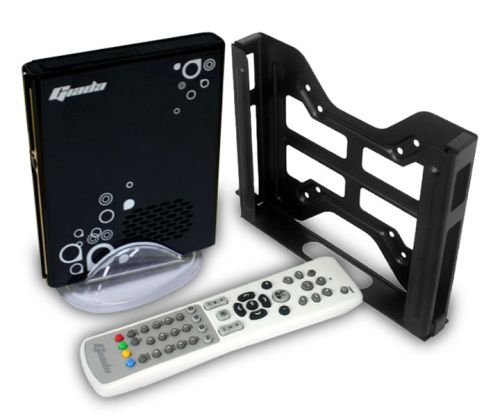 But it has 5 USB 2.0 ports, HDMI, VGA, and SPDIF ports, an Ethernet jack, audio jacks, and 802.11n WiFi and Bluetooth. It also comes with a media center remote control.

The computer ships with 2GB of DDR3 memory and a 320GB hard drive. It supports up to 4GB of RAM.

The system uses about 30W, which is the kind of power consumption you’d expect from a laptop rather than a desktop — although it uses far more power (and offers better performance) than an ARM-based system like the MK802.

There’s also an option for an mSATA solid state disk if you want faster storage that draws less power.

According to Giada, the i35G should already be available in the US and Canada with a suggested retail price of $274, but the only retailer I could find with the computer in stock is eBay seller YT-Solutions, which is selling the computer for $319.