Giada has been offering a line of compact desktop computers since they were called nettops. These days there’s no shortage of tiny desktops including Intel’s NUC and Compute Stick models.

But the latest system from Giada is still a nice looking machine. 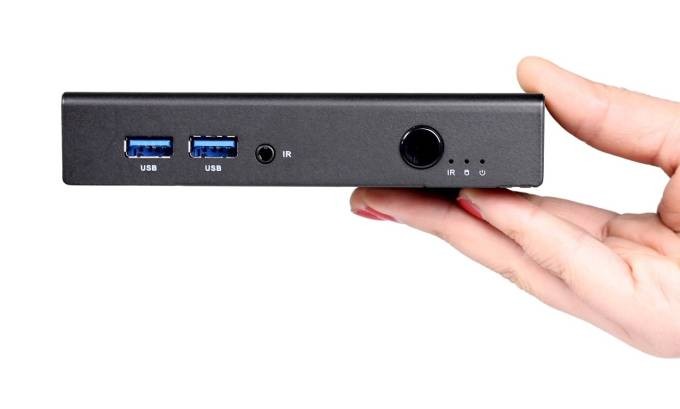 The Giada i200 is a desktop computer aimed at thin client, enterprise, and industrial applications. It measures 5.1″ x 5.1″ x 1″ and supports up to an  Intel Core i7 Haswell processors.

Giada’s little computer has a metal case with four USB 3.0 ports, Ethernet, COM, audio, HDMI, and DisplayPort. Under the hood there’s a single SODIMM slot for up to 8GB of RAM, support for an mSATA III solid state drive, and support for optional WiFi and/or 3G cards.

The system is said to support Windows 7 or later and Linux.

7 replies on “Giada launches i200 mini PC with Intel Haswell”