Giada has been offering tiny desktop computers in the US for the past few years, but now the company also wants in on the budget tablet space. Giada is showing off several new tablets at CES this week, which it hopes to bring to US retailers in the next few months.

While pricing hasn’t yet been finalized, the specs suggest these will be priced closed to the Kindle Fire than the Apple iPad. 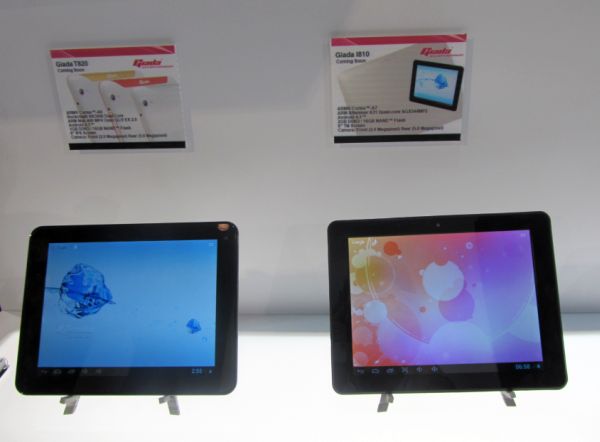 Two of the more interesting tablets on display are the Giada I810 and Giada T820 tablets with 8 inch displays.

This model features an Allwinner A31 quad-core ARM Cortex-A7 processor and PowerVR SGX 544 graphics. It also packs 2GB of RAM and 16GB of storage, which isn’t bad at all for a budget tablet. 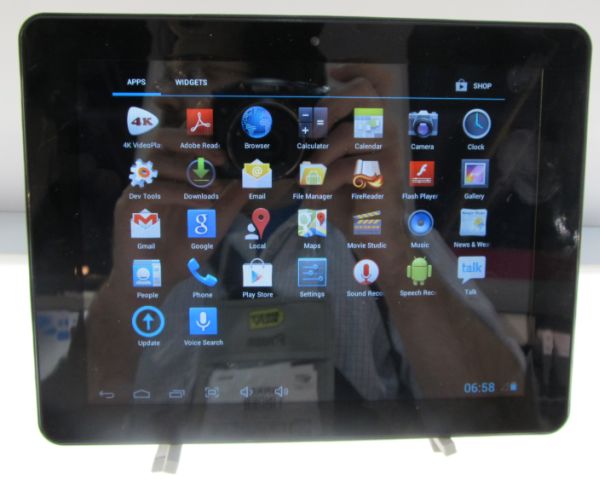 Still, the tablet didn’t feel quite as zippy as a Nexus 7 with a Tegra 3 processor. Instead it felt a lot like the last tablet with an A31 chip that I handled — the Velocity Micro Cruz Q610.

The tablet runs Android 4.1 software, has a 5MP rear camera and a front-facing 2MP camera, HDMI output and a microSD card slot.

The company’s other 8 inch tablet features a Rockchip RK3066 ARM Cortex-A9 dual core CPU and ARM Mali 400 graphics. That’s a combination we’ve seen on a lot of Android tablets from Chinese manufacturers in the last year or so. 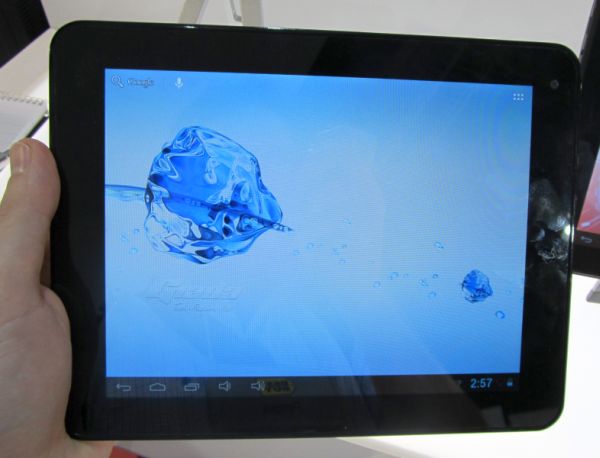 It also has HDMI and microSD card slots, but they’re covered by a plastic door when they’re not in use.